xhaka vs pogba vs kante vs wanyama vs wijnaldum vs gundogan
thats new central midfielder signings from the top 6 teams in england.......how would you rank them???.....they are all relatively young too aged between 23-25.

xhaka vs pogba vs kante vs wanyama vs wijnaldum vs gundogan

xhaka vs pogba vs kante vs wanyama vs wijnaldum vs gundogan
thats new central midfielder signings from the top 6 teams in england.......how would you rank them???

This is how I would rank them. Will add Market value from transfermarkt and transfer cost too (in pounds).

I feel they are all pretty different players even though their positions are similar.. Wijnaldum is more offensive minded, attacking midfieldish?.. and not really a CM?

I feel that Kante is the best DM, as he's best played deep. I mean he's defenitively the best tackler of the 6 players, and he's great at intercepting and clearing balls.. Probably the best out of these players to played deep in a pretty stuck role..

Wanyama is also a proper DM, but I feel that he isn't as good as Kante. far from actually. I also feel that he might have reached his full potential at this point.. at the other hand he was fairly cheep and still a good signing.

Gundogan meanwhile is probably the best player over all, meaning that he's got both attributes suitable for defense and offense. Great at passing and creating opportunities for other players.. And they got him for a bargain price too..

Pogba is naturally the clear choice for most people, but I've never really understood he's way of playing.. He undoubtedly provided the most chances, key passes and assists etc when he played for Juventus in comparison to the other players. and he scored every now and then too.. Something that Kante for example wouldn't do very often as he's a proper DM. Pogba is also tall and athletic so a great head player which is a nice feature.. But, he's also prone to wasting chances, and sometimes he has to try a lot of times before he nailes it. Overall, I'd pick Pogba in before all other players, but he's not worth that amount of money at all.. I'd have him first as a CM with a pretty free role to give him the opportunity to create..

Xhaka seems to be alright, but am not as convinced of him as others seem to be.. As the second most pricey player of them 6, I feel that he might be a bit overpriced.. Happen to know that he's wages are relatively low though which probably makes up for that. Have to wait and see with him I guess.

Overall, I think at least 1 will fail, and not live up to their expectations. Xhaka, Wijnaldum or Wanyama?

I believe that Pogba, Gundogan and Kante will be great signings though. Although Pogba is no way close worth that amount of money.. but if we ignore that fact.. I believe he'll be great at United.

I'd agree with a lot of that KTB. I've heard a lot of good things about Xhaka, but haven't seen him play firsthand save for his time at the Euros which was uninspiring at best.

Pogba could be really good, as could United, but I'm not convinced of either yet.

Gundogan has a lot of injury trouble, and City are a team that breeds injuries, and Kante should be pretty dependable.

If I had to rank them I'd go Pogba, Kante, Xhaka, Gundogan, Wanyama. Wijnaldum is not a CM, he played that role sparingly and to little effect last season.

kante for 30 million lol that should be the best deal in years.

kante is the deal of this year no doubt

kante is the deak of this year no doubt

Kante is the best deal out of them all in my opinion.

can is better than all of them

I'm happy we picked up Wanyama. Good cover for Dier.

So 2 1/2 months have passed. The verdict so far? Would be great if members that support teams that they play in could go into more depths on how they're doing. I'll start with this little guy: 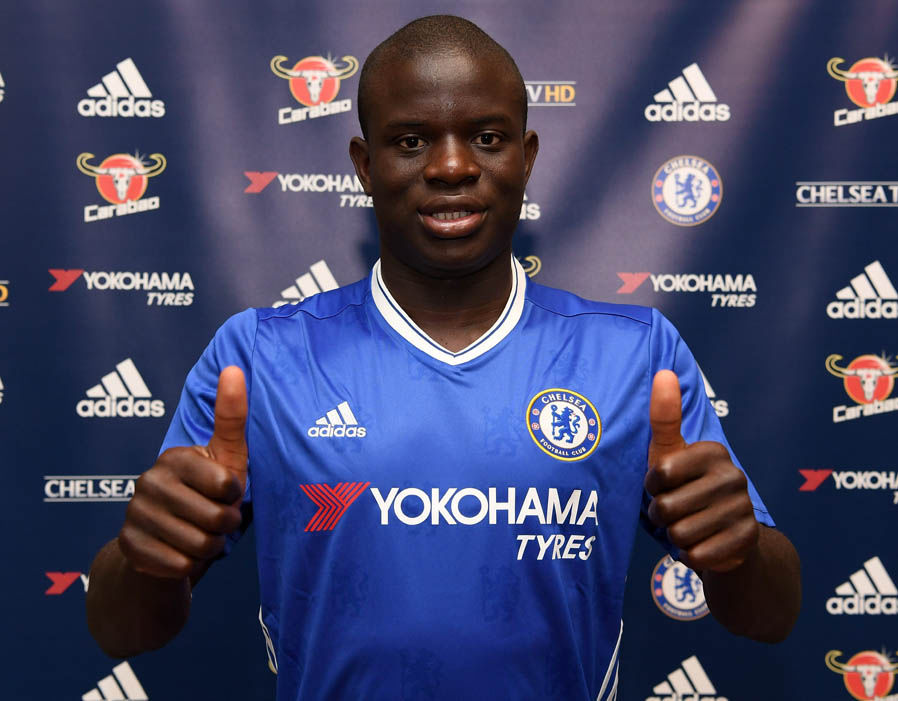 One of Chelsea's best signings in a long time. Honestly, think he's even better than Matic when he joined Chelsea, and that means he's pretty damn alright. Can't believe we got him for just 30m. He had Pogba in his pocket against United and put on a brilliant performance against Leicester last. He even managed to score!! Now, obviously his finishing is pretty poor, and last game against West Ham in the league cup he passed instead of shooting at an open goal. But, I don't really care about that. He's a DM and should be played deep. Now, in Contes new system he's a bit more intruded, as he has the wing backs supporting him, but it seems to work really well somehow. He doesnät have to play as deep anymore, although he's still usually behind Matic.

Oh, and yeah. I'd rank Kante as the number. 1 signing so far.

Kante is definitely best of these, you can't even compare them, 89 millions in his pocket are more safe than in the bank.
Xhaka has been good, except the game vs Swansea, hopefully it will just make him stronger.

Kante's had the most immediate effect. If that translates to the best effect throughout the entire season, we'll see.

And the good thing is that kante's attacking vision is fantastic, he basically does everything.

I might be a bit unfair on Gundogan and Wanyama but I haven't really watched Tottenham and City game recently so I can't tell for sure. Anyway, I'm putting Pogba ahead of those two but not by a huge margin and also because I'm not sure how good the other 2 are for their team.

Hoping Lodatz will come in to bring some clarity how Wanyama is doing.

@chelsea8 What do you mean that his attacking vision is fantastic?

Wanyama has actually been pretty good, an upgrade in the Spurs midfield for sure. Not as good as Kante or (even) Pogba, but very solid nontheless.

@ktbffhswe he is known as a cdm and he played very defensively at leicester but at chelsea you always see him go forward and give great passes, he has been a composer in our midfield similar to pirlo but with amazing defebsive skills.

If Kante played anything like Pirlo he'd be on Bayern, Barca, or Madrid by now. He's terrific defensively, but don't over-hype him offensively. He's good on the offense, but IMO Matic is much better on that end.

Alright!! Well, I think he plays very defensively at Chelsea too! Maybe not as defensively now when he has wing backs covering attack from the sides, but still, very defensively. Which is good, because that's why he is there. Matic is much better on that end.