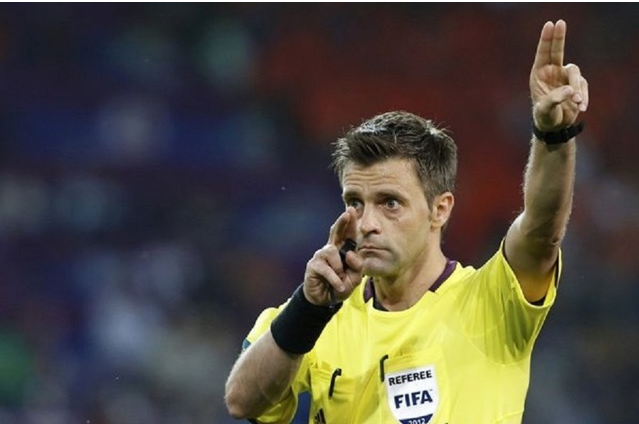 Selected editorial offices and experts from 50 countries around the world took part in the 2015 annual election of the top referee, the 29th time it has been carried out by the IFFHS.

Rizzoli began his senior career in 2002, became an international at 2007 and made a great Jump in the Top World Referees in 2013 to be the number 1. Last year, he had 53 points more than the second, but this year, his margin was very small with two strong concurrents, the English referee Martin Atkinson and the Turkish referee Cuneyt Cakir. Rizzoli (80 points) had only 8 points more than Atkinson and nine more than Cakir ! With the German Felix Briych , at the 4th place, they have dominated the year 2015 with clear-sighted performances.

Bjorn Kuipers confirms his place in the Top 5, Marc Clattenburg made his entry in the ranking for the first time. South America had also a new great referee with Wilmar Roldan from Colombia and Australia’s Ben Williams enter in the Top 10. 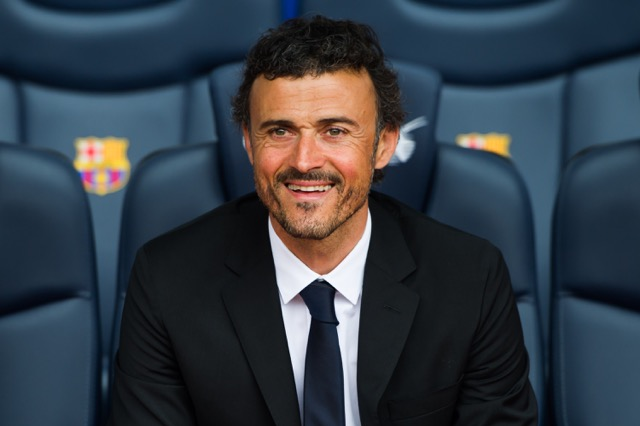 For the 20th edition of the IFFHS Award for The World’s Best Club Coach, the young spanish coach Luis Enrique has won the poll (165 points) with a large margin before his colleague << rep >> Guardiola (86 points).

It is also the victory oldie FC Barcelona philosophy : remember 2008 << Pep >> Guardiola was nominated as Coach of the first team of FC Barcelona and Luis Enrique took his place at the head of the second team of FC Barcelona After two experiences in Roma and Celta Vigo, Luis Enrique (45 years old) returned to Barcelona in 2014 to bring his team in 2015 to the TRIPLE (European Champions League, winner of the Primera Division and winner of the Copa del Rey) and to the title of FIFA Club World Champion in December. A fantastic year for the young coach, born in Gijon and who had the particularity to play first 4 years with Real Madrid and then 8 years with FC Barcelona!

Josep Guardiola, winner of this Award in 2009 and 2011, took the second place in the ranking 2015 after the third place last year. His season with FC Bayern Munchen allowed him to hope for a TRIPLE in 2016 and to conclude three great years in Germany.

Massimiliano Allegri Unai Emery and Marcelo Gallardo took place in the World Top 5. Dieter Hecking made his entry in the Top 10, but the big surprise however was the absence from the Top 10, for the first time since 10 years, of Jose Mourinho, four times winner of this Award (2004,2005,2010 and 2012) 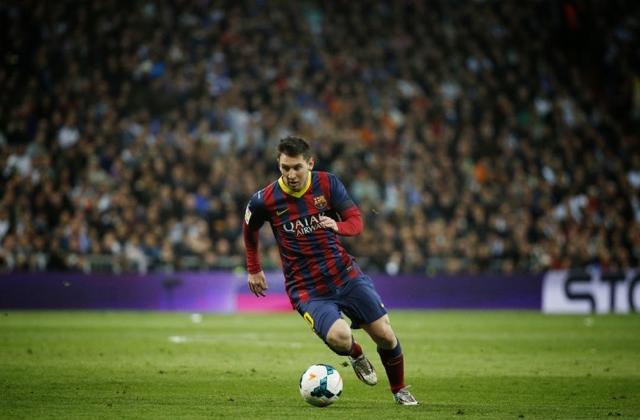 Four times Ballon d’Or winner Lionel Messi has finally broken through to claim his first award as the IFFHS World Playmaker of the Year.

Voters in more than 50 countries from all continents were so impressed with the performances in 2015 by the 28-years-old Argentinian that he finished with a runaway victory of 77 points.

In 2014, Toni Kroos won the title by two points from Messi but when voting was completed this year, Messi had gained a massive 168 points with Barcelona team colleague Andres Iniesta second on 91 points and Andrea Pirlo third on 54, followed by young Belgian players Eden Hazard (FC Chelsea) and Kevin DeBruyne (VFL Wolfsburg/Manchester City).

The victory continued the domination by FC Barcelona of the Playmaker category. Xavi had taken the title from 2008 to 2011 followed by Iniesta 2012 and 2013 until Kroos broke the run with Real Madrid in 2014.

It was a great season for the Barcelona duo of Messi and Iniesta with the club claiming the Spanish Liga, Copa del Ray and the European Champions League.

The performances by Italian Pirlo earned him third place as. his efforts were consistent and always at the top level with Juventus and his new club in New York.

Yaya Toure, which finished sixth, once again showed why he has been the best African player for many years.

In my opinion it should be:

Martin Atkinson and Nicola RIZZOLI ? What a joke !

Cuneyt CAKIR is by far the best thing that happened to referees world since Pierluigi Collina .

@louis van gaal De Bruyne still young, he got time to get to first place but I agree he's awesome. ;)

Rizzoli and Cakir are on the same level, best refs you can get at the moment. Atkinson is the one out of place imo. the guy in my avatar will be always unrivalled, a true legend.

@shpalman LOL I literally watched these two exact videos right before you posted this.

@ shpalman Nice one. Can you give IFFHS a call and let them know I wanna vote this year, please?

So Messi never won best Best Playmaker but when he does win, he wins with a 77 points margin. Interesting.

@Shpalman Pierluigi Collina was something else in the world of football. I remember watching Euro 2004 Greece vs Czech Republic and he gave you the feeling that there was no way either team would get robbed by a decision of his. Wish he would whistle again, it is a pity he retired.

I don't even know why Atkinson is on the list ... also Clatenburg ? Really ? IFFHS? REALLY ?

To me Cakir is best referee in the world . I don't follow all this best player , best playmaker , best manager and etc awards anymore ( UEFA , FIFA, IFFHS) . i realized how unfair and political it will get .

All my childhood we all loved Collina just as much as we loved footballers . He is perhaps the greatest referee we have ever seen . It really does not matter all i am happy is that I grew up watching him referee . I always analyze referee decisions from Collina view , because he had that perfect balance when he would allow rough game and watch it to be clean and he knew how to always get respect from players .

I don't even know why Atkinson is on the list ...

To me Cakir is best referee in the world . I don't follow all this best player , best playmaker , best manager and etc awards anymore ( UEFA , FIFA, IFFHS) . i realized how unfair and political it will get .

All my childhood we all loved Collina just as much as we loved footballers . He is perhaps the greatest referee we have ever seen . It really does not matter all i am happy is that I grew up watching him referee . I always analyze referee decisions from Collina view , because he had that perfect balance when he would allow rough game and watch it to be clean and he knew how to always get respect from players .

@onze11
haha, i get what you mean about IFFHS.

@Marcus
yep, i don't get it either, especially Clattenburg. me too i give little weight to these kind of awards, but i just stumbled upon and posted it because we rarely talk about referees. also because of Messi winning the best playmaker award. it's something that only lately lot of people started to notice about his game and also here on FR there was this reference, by Tiki if i am not mistaken.

btw, Collina giving yellows with a smile, it gets me every time.

Michael Oliver by far the best ref (in England atleast). Won't be affected by the crowd.