Home Forum Latest News
Wijnaldum could leave Liverpool this summer with the Reds willing to listen to offers!

Liverpool midfielder Georginio Wijnaldum could leave the club this summer with the Reds willing to listen to offers for the Dutchman.

The former PSV star moved to Anfield in 2016 for a fee of around £25m after impressing during a single season at Newcastle in the previous campaign. The Dutchman has impressed during his three-and-a-half seasons at Anfield and was a key component in last season’s Champions League-winning side.

But the club are yet to agree a contract extension with Wijnaldum and his current deal is set to expire in 18 months’ time. 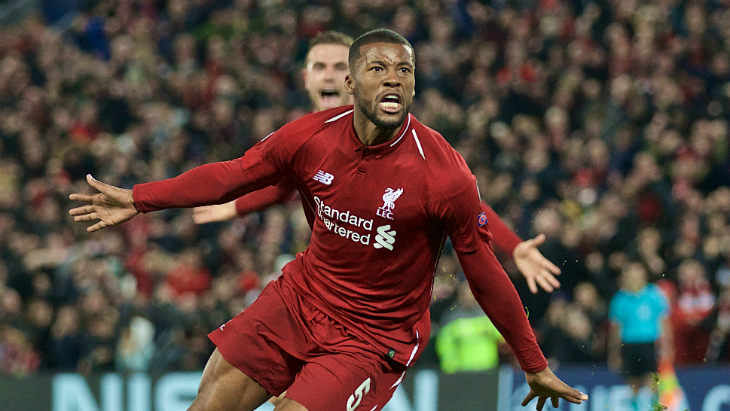 The Athletic claim Liverpool are open to his departure and would rather cash in this summer in order to avoid losing him on a free a year later. The club are not ruling out a new deal for the 29-year-old but Takumi Minamino’s arrival could prove pivotal.

Jurgen Klopp does not want to block the Japanese’s progress but he faces stiff competition for a starting spot in midfield. Wijnaldum has attracted significant interest from Spain and Italy with Liverpool confident they could make a significant increase on the £25m they paid for him in 2016.

Wouldn't actually surprise me if this were to happen. He is by no mean a vital player for the reds, despite doing good by them imho. There is still plenty of time to extend him though. Beside, Liverpool weakness right now is their lack of depth so signing Minamino wouldn't be a sure sign of them geting rid of Wignaldum.

theres no way he is going anywhere. hes one of our most consistent and important players. where else could he go to challenge for trophies the way we do?

where else could he go to challenge for trophies the way we do?