A bit of a shock here.

Former Barcelona and Manchester United goalkeeper Victor Valdes has retired from football and deleted his social media accounts (he gave this as hint since 2105).

He was a Barcelona legend despite often made stupid calls, he achieved every thing he could with his club and (also country)... 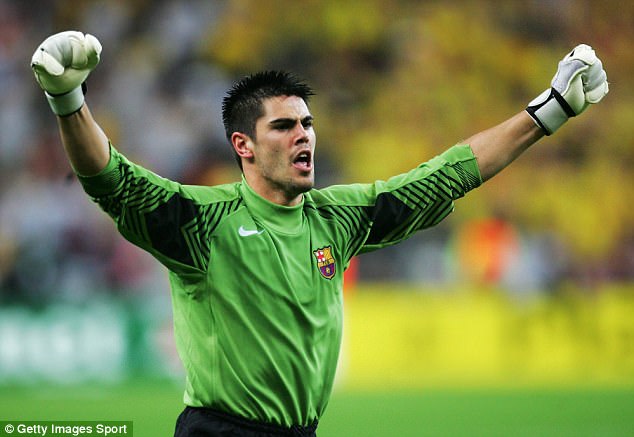 So best of luck Valdes, and thank you!

(dont take this a wrong way, this by no mean to disrespect his career, let see what ppl think):

To people who weren't following this sport when Valdes was in his prime, an appropriate example to draw would be Navas over the past few season (although Valdes has arguably never been prolific internationally as Navas has). Usually dependable, could play with the best in the world, but never really proved that he genuinely belonged among them.

He was a good player, and I won't take anything away from his accomplishments. They speak for themselves.

Yeah, Valdes was a great keeper. He retired last week though, not today, so this is kinda late. Some of you might remember Pinto as well, he and Valdes where the Dynamic Duo back then.

Man, I kinda liked him even if he wasn't that good a keeper by the most recent standard. Make me wonder what's happening with Casillas tbf.

I think he's a legend... I like his crazy style, his funny face expression...

I prefer him over boring Neuer :D, although admittedly, Neuer is better :-?

I felt so bad the way LVG treated him, :(

PS: Yeah a bit of old news I was catching deadlines last week, not sure how I missed it

If someone could clear this up because I remember hearing a lot of different stories, when Valdes left Barca and failed his medical at Monaco, did he leave for the money/new challenge, or did Barca no longer want him?

He is one of the best keepers that Barcelona ever had and he is from Catalonia.

I remember when the fans were waving white flags to Louis van Gaal so that he leaves the club, he got sacked with Barcelona being somewhere around 14-16th in La Liga...
When he left Antic took over and he was the one that promoted Valdes into the first 11 mind you, (he also promoted Iniesta and changed the role of Xavi to play more forward and be more creative) rest is history.
Rijkaard took all the glory of a system that another manager established, football is often unfair.

It was the irony of life that when Valdes was getting back into shape and on the spotlight, it was again Van Gaal that was his manager and ofc it didn't work out.