Brazilian football legend Ronaldinho has completely turned his life around after reportedly only having £5 to his name as he faced bankruptcy and six months in prison. 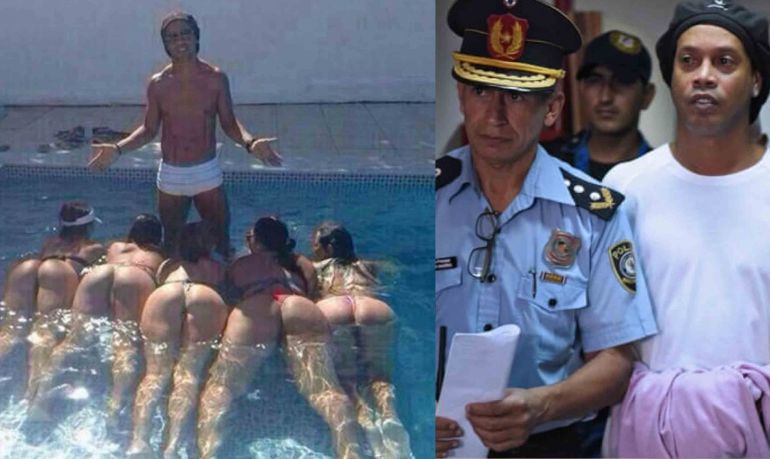 The world cup winner was sentenced to six months in prison in Paraguay for the alleged use of a fake Paraguayan passport but he only spent 32 days inside after he made bail and was put under house arrest.

Since his release the Barcelona legend has turned his life around earning an estimated 5 million Brazilian reais (£702,407) in the four months since leaving prison.

The 40-year-old managed to turn his life around with a number of smart business moves from promotional work to organic gin.

Some of the money making endeavours the ballon d’Or winner took part in were the promotion of Atlético Mineiro’s new stadium, an advertising campaign for the travel application Buser, he’s also the face of Betcris, a bookmaker who he’s contracted with since 2019, he launched his own brand of organic gin, named R-ONE, he opens a music studio Belo Horizonte after becoming an honorary citizen there and he also features heavily in e-sports, where he does advertising for Pro Evolution Soccer (PES) and FIFA.

Despite all his troubles it seems the World Cup winner has turned his life around and he’ll spending more time with women in bikini’s than with men behind bars and we are delighted for him.

Here he is in a music video he recorded with group Recayd Mob and rapper Djonga where bottles of his organic gin can be seen throughout.