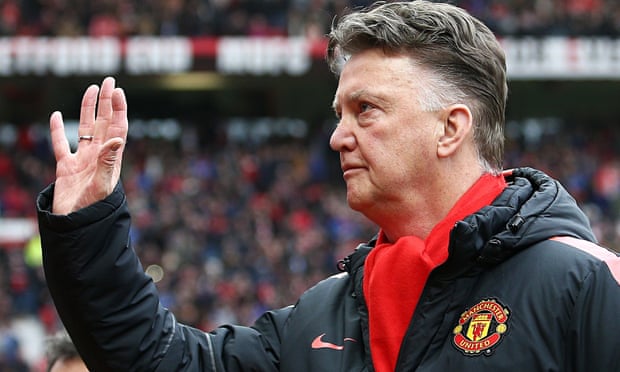 Executive vice chairman Ed Woodward said: "I would like to thank Louis and his staff for their excellent work in the past two years culminating in winning a record-equalling 12th FA Cup for the club (and securing him a title in four different countries). He has behaved with great professionalism and dignity throughout his time here. He leaves us with a legacy of having given several young players the confidence to show their ability on the highest stage. Everyone at the club wishes him all the best in the future."

A decision on a successor as manager will be announced soon.

"It has been an honour to manage such a magnificent club as Manchester United FC, and in doing so, I have fulfilled a long-held ambition.

I am immensely proud to have helped United win the FA Cup for the 12th time in the club's history. I have been privileged during my management career to have won 20 trophies but winning the FA Cup, which is steeped in so much history, will always be one of the most special achievements of my career.

I am very disappointed to be unable to complete our intended three-year plan. I believe that the foundations are firmly in place to enable the club to move forward and achieve even greater success.

I hope that winning the FA Cup will give the club a platform to build upon next season to restore the success that this passionate set of fans desire.

Having managed in Holland, Spain and Germany, I had always hoped for the opportunity to manage in English football and be part of English culture. Both of these experiences have lived up to expectations and been fantastic.

I thank my players and wish them well for next season. It has been a pleasure to work with them and it has been particularly rewarding to see so many young players take their chance to break into the first team and excel. I look forward to watching the continued development of these young players next season.

Thank you to the owners and board of Manchester United for giving me the opportunity to manage this great club.

I would also like to express my gratitude to the amazing United supporters. They are truly the best fans in the world.

I am indebted to my support and coaching staff, who have given me their all during their time at the club.

I am deeply grateful to each and every member of the club’s staff - the sports science team, the medical team, the kit and laundry department, club administration, the press office, the manager's team, the Academy team, ground staff and the catering team, both at Old Trafford stadium and Carrington training ground, all of whom have given me their unwavering support in my time at United. Never in my 25 years as a manager have I been so well supported in my role.

Finally, my special thanks go to Sir Alex Ferguson and Sir Bobby Charlton for always making me and my family feel so welcome throughout my time as Manchester United manager."

Every United fan probably wanted this, so here it comes. I think after all the hate LVG got, you have to thank him. Even when the game wasn't mostly what you guys expected, he gave a lot of chances to youngsters. Specially Rashford & Martial were probably the brightest, and I guess no one, absolutely no one expected them to shine like this. I guess you wouldn't have won the FA Cup if he was sacked earlier.
We all know the expectations at United are only the highest, so it was coming. Only time will show up if Mou is the right decision.

@quikz Agreed, he deserve credit for the good thing he did. However, I understand the decision and I think there were little other choice. Hopefully, this decision will be for the best and LVG will be able to find a club where his method will serve his team better. My only worry is that whoever replace him ruin his effort and start selling most of the young player. I hope that doesn't happen. Anyway, good luck to both parties from now on. :)

He's a quality man and a quality manager. Some things didn't go right for him but you have to respect all he's given for the club. The faith he's put in Borthwick-Jackson, Rashford, Lingard etc. — allowing them to start for England's biggest club — is absolutely priceless, something no other manager could've done. I'm sure United will experience more success under Mou, but LVG deserves nothing but respect. Will miss him in the PL :(

Not many thoughts.. He debuted an regularly played a lot of youngsters so his legacy will go on for a while without any recognition.
Im still hoping Mou doesn't sign for United but if he does, the best thing that could happen is having a completely different Mourinho from the one seen in RM and Chelsea. One that is whiling to stay for a longer period of time and hopefully without creating chaos in the dressing room.

Hpefully Mou will be here for a long time, and develops Martial, Rashford, Jackson, and Fosu. LVG has given united a good foundation for the future. Thank you LVG.

Sorry but this must be most UTD fans

His biggest sin was total failure in UCL 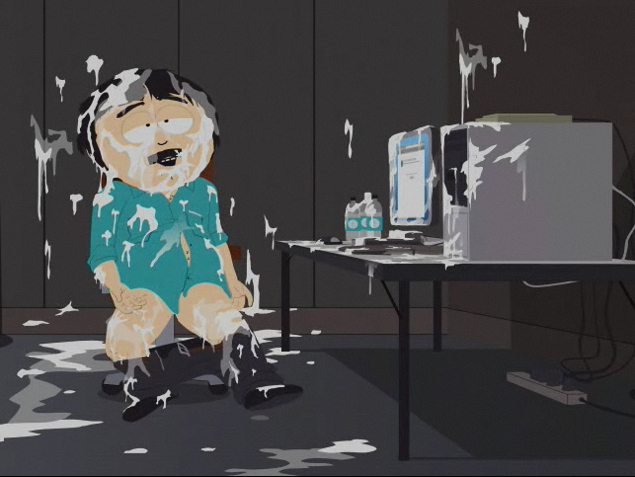 Louie Van Gaal was a solid manager, and now that he's gone, it's easier to see all he's accomplished. However, I think it was without a doubt the right move.

His buy of Martial really masked the fact he missed on every other signing (Di Maria, Memphis, Schniederlin, Romero, Rojo, Herrera, Bastian, Darmian, Valdes, Falcao). Martial is the only that met expectations, let alone exceeding them. He did put Lingard, Rashford, Fosu-Mensa, and Borthwick-Jackson into the first team, mainly due to injury issues, but his treatment of Memphis, Januzaj, and Periera left much to be desired.

His philosophy was terrible and didn't work, but you have to admire how much he bought into it, and in the end, it did get us an FA Cup, so its not all bad.

However, my biggest criticism of Van Gaal is a simple one, I don't think he ever really appreciated that he was managing Manchester United. His repeated claims that expectations were too high was vexing to me, and that will stand out to me even now that he's gone.

The other major criticism is that whenever United really needed a win, he couldn't deliver. At home to PSV? Nope. Away at Wolfsburg, with a "win and you're in?" Nope. Away to West Ham to basically ensure top four? Nope. Even in the FA Cup semi-final and final, he got bailed out by his players, first Martial and then Mata (who was about to be subbed off).

I don't regret a lot of what he did for the club, but I'm happy he's gone, if that makes any sense. I wish him the best in his retirement, he's had a fantastic career.

the 2nd best thing that has happend to united ever!

Moyes getting sacked > the treble

Good News for United, top 4 is the minimum you can accomplish as a United coach considering recent past standards. With Pep joining City, the Manchester derby would be fun to watch specially if Mou tales charge.

when is Mou going to be unveiled? This does not look good...

@ashwin Worry not impatient one, they are just working the specific of the deal, nothing too alarming here. :)

What is the hold-up?
Chelsea registered both the name Jose Mourinho and his signature as a European trademark in 2005, meaning they can use it to sell merchandise such as toiletries, technology, clothing and jewellery.

What it means?
"Chelsea could be earning revenue every time someone uses Mourinho's name. It could prevent United from exploiting his signature," said Couse, of law firm Mills & Reeve.

What are the possible solutions?

Other issues? Yes
There is also potential conflict between Mourinho's personal deals - such as his one with car manufacturer Jaguar - and United's shirt sponsor agreement with Chevrolet.

@Marcus: You're right; neither of them died. :P