Claudio Nassi - ex footballer and in the 1980's, the director general at Fiorentina. In his living room even today, you'll see his wall adorned with a signed contract agreement between Fiorentina and Marco Van Basten. The transfer of the player for 6 billion lira payable over 3 years. 6 billion Lira in 1986 was effectively equivalent to just over 3 million Euro in today's money. Agreement was signed for the player, a car to be provided to him as well as an apartment.

You'll also see in hand writing right at the bottom, an agreement to also sign Wim Kieft for less than 2 billion lira.

So the question is - If Berlusco hadn't taken over Milan and somehow not managed to persuade Van Basten to move to Milan instead, would we today be talking about the great Fiorentina of the late 1980's and early 1990's, or would Van Basten just turned out like another Baggio, Batistuta and Rui costa? Playing wonderfully in Fiorentina but winning very little.

This wasn't a 'we nearly signed him'. The player had given his agreement.

What player was your club really close to signing and somehow didn't, that you regret very much? 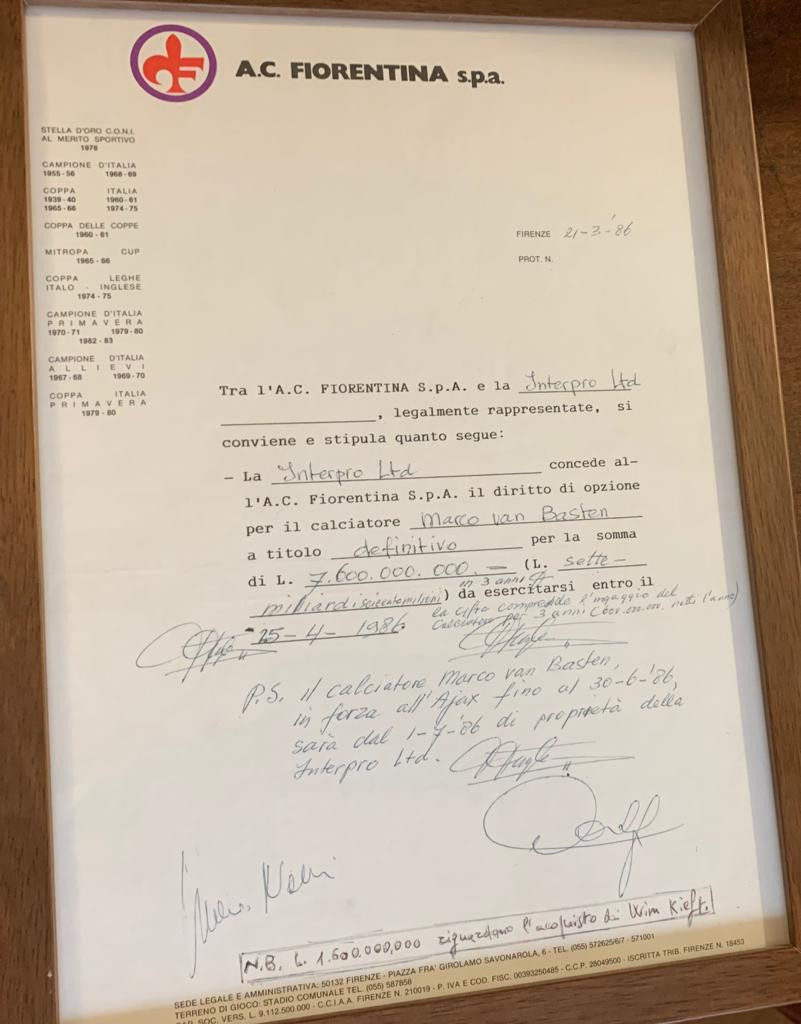 Loved watching Van Basten play. Smooth, skilled, intelligent. Not sure he could have won it all on his own, so if he had stayed at Fiorentina, he would have shown his skill, then got picked up by a bigger club eventually.

His time there would've coincided with fiorentina picking up batistuta in 1991! It's like a football sliding doors moment! I can't imagine fiorentina would've looked at another striker in batistuta if van basten was there!

His team there would've coincided with fiorentina picking up batistuta in 1991! It's like a football sliding doors moment! I can't imagine fiorentina would've looked at another striker in batistuta if van basten was there!