A bit late to make this but I thought it was worth making a thread to talk about that game. Honestly, I haven't seen the game live but by the highlight I've seen of it, it seemed like a pretty good one.

United in particular seemed to excel in counterattack and I think Rashford deserve MOTM by far, we're seeing better form from him and this honestly hype me more than Antony first goal. Though lets be honest, having the new signing scoring on his debut is also very exciting and promising. I'm starting to believe his situation might be better than Sancho last season (which was my biggest worry for Antony). Then again, the manager instruction must be similar to what he used to have at Ajax since he was already under Ten Haag back then. Hopefully, he doesn't pull a Martial in the long term.

Arsenal had a few decent occasion in attack but for me its their defense that let them down, I think its really another case of playing a high line vs MU leading to disatrous results. Team need to adapt and play more defensively I think, or at least, a bit lower, too many MU players thrive when given space and if Bruno and Eriksen are on a good day, they'll find those players when they making runs.

Still think that this MU seem much better since dropping Maguire and starting fit Varane and Martinez, honestly, I think United problems past season as alway been the defense and if they manage to keep a strong back line, this will lead to more confidence in midfield and infront of the goal.

But I'd like to hear more from people who actually watched the whole 90 minutes and anyone else who have an opinion as well for whats its worth. Thought?

Arsenal had more possession, cleaner passing, and looked better than United did for most of the game excluding the first and last 15 minutes. In that time, they mostly failed to score, only doing so when Varane was significantly out of position due to a quick turnover. Said differently, United wasn't broken down, which is a pretty good statement by the defense.

United generally couldn't retain possession, but if you have Fernandes/Eriksen pinging balls and Rashford to run onto them, you can always present a nice threat on the counter, which if you listen to Wayne Rooney, is how United has always beaten Arsenal. If you fall behind that doesn't work though, and United did well to never fall behind.

Summarized, there are positive and negative takeaways for both teams. Arsenal controlled the game (until Arteta threw it away by making attacking subs too early). But they also couldn't break down United despite sitting in their half of the field for about 60 straight minutes. United's defense was really solid and Arsenals quality of chances were very poor. Yet they also couldn't wrestle the game away from Arsenal at home and had to play on the counter. Oleball has its moments, especially against better teams with a high line, but it won't win you a title. Hopefully Ten Haag's system will show through eventually.

@golefty Yo mate, its good to see you, been too long since I saw you around! :D

@sunflash Super analysis as usual. Honestly, there nothing more satisfying on FR for me than reading your comments.

Now, on my reaction to your comment, I think its fair to say that even if Arsenal has been doing rather good, it would be fair to say there still a certain naivety surrounding them. Even Arteta might be guilty of it. Think it will be their games after the other big teams that will really test them.

As for United, I also agree that counter-attack can only take them so far but its still a lot better than their earlier performance this season. I'd be especially interested to hear your thought about Casemiro, Martinez and Maguire "absence" Sun tbh.

If you had read the contributions of my first few years on this forum you would have never said that. Amusing to think about.

As for Casemiro/Martinez/Maguire, it's a mixture. Casemiro is on paper the player United have needed for years. But I've also never seen him play without Modric/Kroos and I don't watch enough Brazil games to know how that looks. Martinez has had a great start and I love a feisty CB, they're usually the best ones. I think height is less an issue for CB's now as it was in the past, the target forwards are by and large gone these days. That said, early days. We once thought Darmian was going to be our RB for the next ten years based off his first month. Maguire is so difficult to form an opinion on. I've traditionally defended Maguire and thought (much like Varane last season) he was let down by the chaotic nature of United's midfield. I certainly thought he was a convenient scapegoat. After seeing the start to this season, I'm less certain of that than I once was. United's defense looks really good without him. My conformation bias hurts there.

finally having 1 DM is what utd fans have been screaming for. we never had 2 DMs when we were at our heights. carrick and scholes with another AM was normal. even when hargreaves got there he missed a ton of the final years of success.

If you had read the contributions of my first few years on this forum you would have never said that. Amusing to think about. 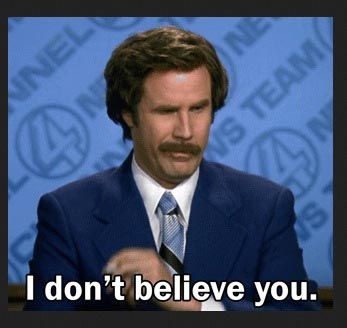 But more seriously, I kinda agree with you Sun, I like what I'm seeing from Martinez, seem very no-nonsense and hot-blooded (while still being disciplined) and I agree that kind of CB are some of the best.

As for Maguire, I know I might have been harsh on him at time but I also thought he had quality and could be made to shine in a better system... I mean, we seen him and Pickford for the NT, they certainly seem better but I mean... after he been droped, United just seem so much more solid at the back. Hard to think it had nothing to do with him... I do like how ETH gave him some minute vs Arsenal when the stake where lower. Maybe he think Maguire problem is that he's on too much pressure and he need to gain some confidence, we'll see.

I mean, it's only on the EPL fantasy league forums, so I don't believe it's breaking any rules.