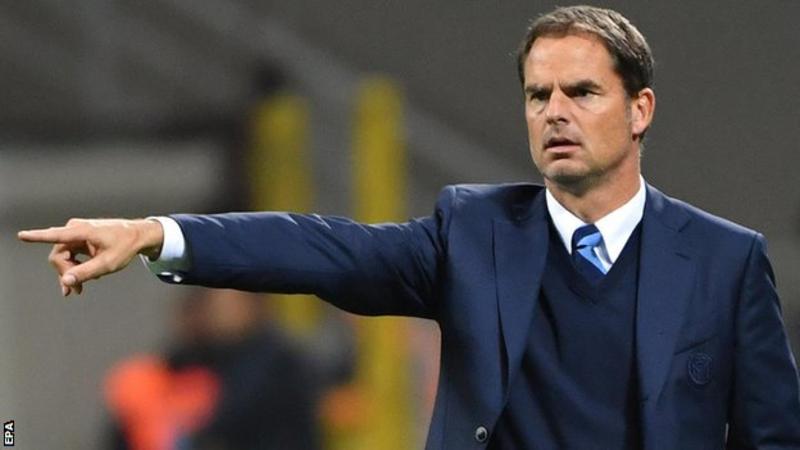 Inter are 12th in the Serie A table after a 1-0 loss at Sampdoria on Sunday, their fourth defeat in five league games.

Former Netherlands defender and ex-Ajax boss De Boer, 46, was heavily linked with vacancies at Premier League clubs Everton and Southampton in the summer.

Inter visit Southampton in the Europa League on Thursday (20:05 GMT).

Youth team coach Stefano Vecchi will take charge of the first team for that fixture.

Before joining Inter, De Boer had taken Ajax to four successive Dutch titles but lost out to PSV Eindhoven on the final day of last season.

It is six years since Inter won the treble of Serie A, Coppa Italia and Champions League under Jose Mourinho, now Manchester United boss, but since coming second in 2011 they have finished sixth, ninth, fifth, eighth and fourth.

They are now looking for a ninth manager since Mourinho left in the summer of 2010.

Newcastle boss Rafael Benitez, Leicester manager Claudio Ranieri and Watford boss Walter Mazzarri have all coached at the San Siro in the past six years.

It's sad. I miss the old Italian teams who had true identities :(

Frank didn't have idea how to put together a team, but Inter themselves had already too much problems just like any others Italian teams...

@tuan_jinn Not as big a shock or as a surprise as other sacking but still sad. I hope the next coach they get do well for them and that Frank can get another good position despite this... :(