The following information was not copied & pasted,
WHATSOEVER; all words were entirely typed by myself, so be aware that some
parts may not sound connected to Football, but trust me; IT IS – so keep that
in mind. Thank you.

****UBER-brief summary about Football
in Australia****

For many decades, the great continent and nation itself,
Australia, has been a proud nation of an abundance of successes that exploded
world-wide, from successful
culture preservations and economies to Hollywood’s finest actors and actresses
in the film industry. However, regardless of what’s been mentioned, the
nation also carries an overwhelming sense of pride in participating in a
diversity of sports - one in particular, Rugby, which the Aussies are the
world’s greatest underdogs, rivalling the ‘Spain of Rugby’, New Zealand.

Despite the fact that Rugby is considered a religion to
millions, another sport is also, at a drastic rate, imploding as another iconic
sport that Australia can potentially become one of the World’s top competitors
in – Soccer, or as many fans would like to annoyingly correct it, Football.

For many years, soccer was also considered a popular sport
in Australia, having its joint-competition with New Zealand through the infamous
NSL (National Soccer League) for the past 3 decades. However, like many other
sports; the intentions of bringing soccer to the World’s stage were greatly
overshadowed by the dominance and popularity of Rugby.

Under the shadows of Rugby, it was an obligation to bring
Soccer to the next level for soccer fans in Australia. This ambition became a
reality in  2004, as the FFA (Football
Federation Australia) decided to establish a whole new soccer competition known
as the A-League (also known as Hyundai A-League as it was sponsored by
Hyundai). Australia’s highest levelled soccer competition soon became official
after 16 months of debate. Prior to how many teams competing in the league
today (10), the A-League first began with 8 teams competing for the first
glory, and this was where Sydney FC (also known as the Sky Blues) first took
its place towards dominance in Australian football.

Messed up layout, sorry about that. Continuing on.

During the time of founding the A-League in April 2004, it
was decided that only one team can be eligible to represent each city. Due to
its immense size of a city, selecting the club to represent Sydney City was a painstaking
process, infamously receiving its name as the ‘Football’s Capital’ due to its
greatest number of football participants than any cities across the nation.

The first club, Football NSW, announced their intentions to
bid for a licence in Australia’s first ever A-League competition. However,
their chances of representing Sydney was blocked as it was challenged by an
infamous club known as the ‘Sydney Blues’, headed by Nick Politis, who also
made the same bid. The intensity between the two bidder soon broke out after
rumours and reports that the FFA (Football Federation Australia) were set to
vote in favour of Sydney FC, leaving Politis to withdraw and only leaving
Sydney FC as the only candidate to represent the city, which soon allowed them
to be officially launched as one of the competitors of the 8-teams striving for
the first glory in the Hyundai A-League in November 2004. The 25% stake in the
club was owned by the Football NSW, whilst the rest was privately owned –
during this time, the club had also announced its inaugural chairman, Walter
Bugno.

The process of filling the 20 available positions of the
squad was done in a careful manner, as Sydney FC painstakingly searched for the
absolute best to represent the city. On February 2005, Sydney FC had filled out
16 positions – including 3 experienced Socceroos (Australian internationally
capped players), Clint Bolton, Steve Corica and David Zdrilic. Their head coach
was announced to be Pierre Littbarski, a former German Winger, with former
Norwich City player, Ian Crook, as his assistant.

Some reports have implied that Sydney FC still weren’t
satisfied with its establishment – not having enough confidence to win the
league, hence, the unimaginable rumours and speculations showing their
intentions to sign big-named players from the giant leagues, such as the EPL
(English/Barclays Premier League). However, these rumours were thought to be
rubbish, due to financial issues, and it was temporarily ignored as the club
finally tested out its current strength as a squad in their first match, which
was done with a crushing victory:

Still wanting time to enhance its performance and team
chemistry, Sydney FC toured out in the UAE (United Arabs Emirates) – as
expected, they have won all of their three matches against FC Hatta, Al Ain FC,
and Al Jazira.

During their time in Dubai, the previous unimaginable
rumours and speculations that were ignored soon become something that was an
obligation to be stalked at. To drive their ambition for A-League success to
the next level, Sydney FC had made a flabbergasting and astonishing
announcement, emitting monstrous radiation of fear to all other A-League
competitors, by agreeing the terms to sign former Manchester United striker,
Dwight Yorke, for a fee of $1.5 million for 2 seasons – the highest signing
recorded during that time. After this, alongside some additional signings, the
full squad of Sydney FC was completed, thus, the full strength of the club was
born.

Sydney FC’s most successful season was the first: Becoming
champions of the A-League, alongside the Oceania Club Championship – ensuring a
place in the FIFA Club World Cup next season (they came 5th, that
year).

Year after year, Sydney FC is, in joint with Melbourne still
considered one of the toughest clubs to beat in the A League, having the  most A-League titles won Victory and Brisbane
Roars.

The reputation of the Sydney FC, year by year, is
drastically spreading around the world, as more and more international players.

Legends that have played/are playing for Sydney FC (THAT I
KNOW OF):

Other great players from outside the country have also
joined the A-League for similar purposes (once again, that I know of): 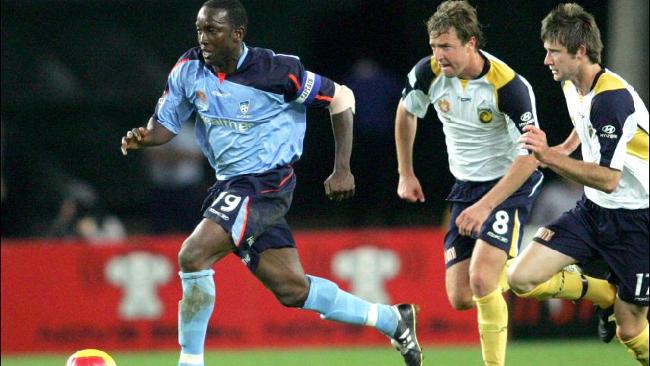 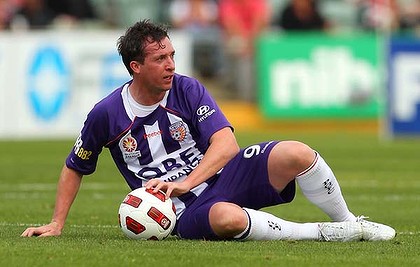 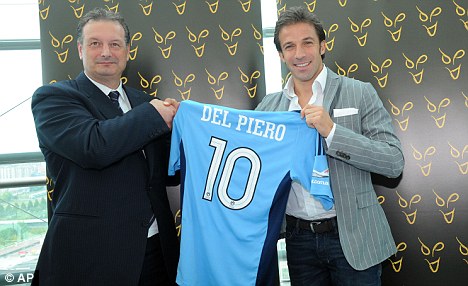 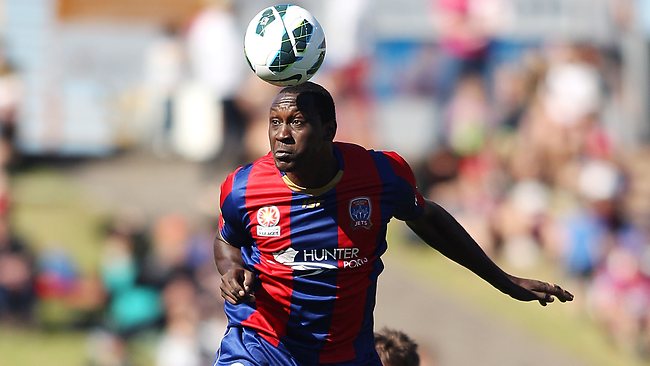 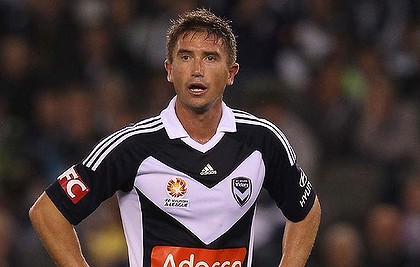 Being one of the proud dominators in the A-League, Sydney FC
have made a couple of rivalries.

-
Melbourne Victory (The Big Blue): The clash
between two of Australia’s biggest cities is considered the biggest rivalry in
Australian football. Similarly to the Liverpool – Man United and the famous El
Clasico between Real Madrid and Barcelona, for over a century, Sydney and
Melbourne have been rivals, and their football teams are no exception. This
rivalry is also well known for being arguably the most bitter, with nearly
every matches being characterised by spiteful confrontations, controversy and
consistently record-breaking crowds, not to mention the notorious brawls
between both parties outside the stadiums!

Here's an example of a highlight between the two clubs:


-
Brisbane Roar: The clash between the ‘two state
of origins’ was first ignited in the 2007-08 A-League finals when Brisbane Roars
secured victory over Sydney FC after two hard fought legs with the second leg
being played in front of a club record of 36,211 at Suncorp stadium (Home of
Brisbane Roars). After being stagnant for seasons to follow, the rivalry
between the biggest clubs in their respective states reignited after Sydney FC
ended Brisbane Roar’s record-breaking 36-game unbeaten streak. The rivalry
became fiercer after the clash between Sydney’s Pascal Bosschaart and Brisbane
Besart Berisha, following Brisbane Roar’s late 2-1 victory in Brisbane last
season.

Here's an example of the rivalry between the two:

-
Western Sydney Wanderers (Sydney Derby): With
the introduction of the Wanderers into the competition (2012-13) Sydney FC now competes
in a local derby for the first time. The first derby ended with a 1-0 win for
the Sky Blues in front of a crowd near 20,000 fans.

-
Central Coast Mariners (South NSW Derby): Things hotted
up in the first season when Sydney took the Championship title by defeating
Central Coast. The minor rivalry was expressed in a fantastic 5–4 game in
season three, with Sydney victorious due to a penalty kick in stoppage time.

-
Newcastle Jets: Probably the least concerning
rivalry for Sydney FC, however, Newcastle Jets are the second closest local NSW
rivals, with the first being CC Mariners. 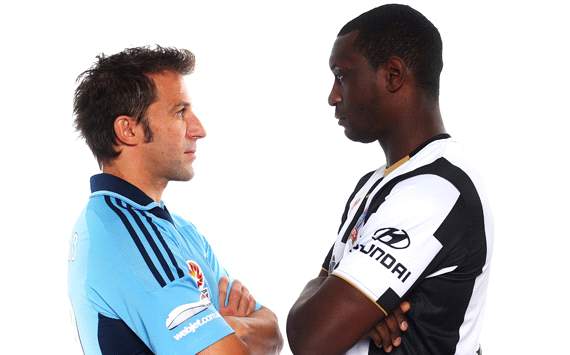 Allianz Stadium held a diversity of major sporting events,
due to its flexibility of how the field can be changed for different sports.
For Australians, some of the major soccer events held in this stadium follows:

-
1993: The appearance of Diego Maradona in the 1994
World Cup Qualifiers match, Argentina 1-1 Australia football match in 1993. This
match also grabbed the highest football attendance of 43,967!

-
14th February: Hosted one of the
biggest regular season A-League matches to date, which saw Sydney FC take out
the 2009.10 Premiership. 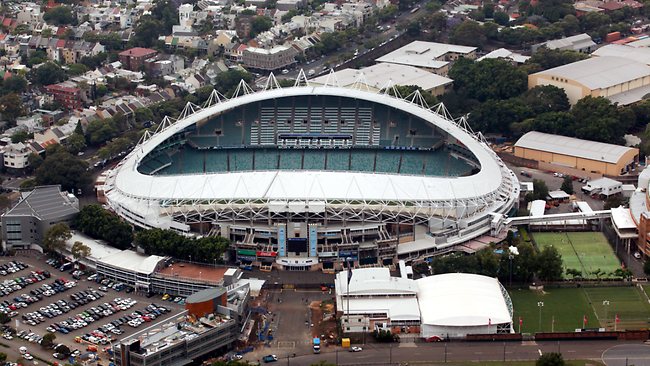 ·
The badge depicts 3 shell-like patterns above
the ball, which represents the Sydney Opera House – an iconic feature of Sydney
city. The star below the ball symbolizes the Commonwealth Star of Australia, as
featured in the Australian national flag.

·
Supporters: Since Sydney FC was the only club
representing Sydney (today, there are 2), the club received support, literally,
everywhere across the city. Sydney FC also has its own dedicated group of supporters, who
would attend every Home game, alongside travel afar at away matches – we call
this group ‘The Cove’, after giving its name in the area – Sydney Cove.

oh yeah, and one more interesting fact. I live in Sydney :)

Sydney FC also participates in the Westfield W-League, which
is a league for women. Here is the current squad. 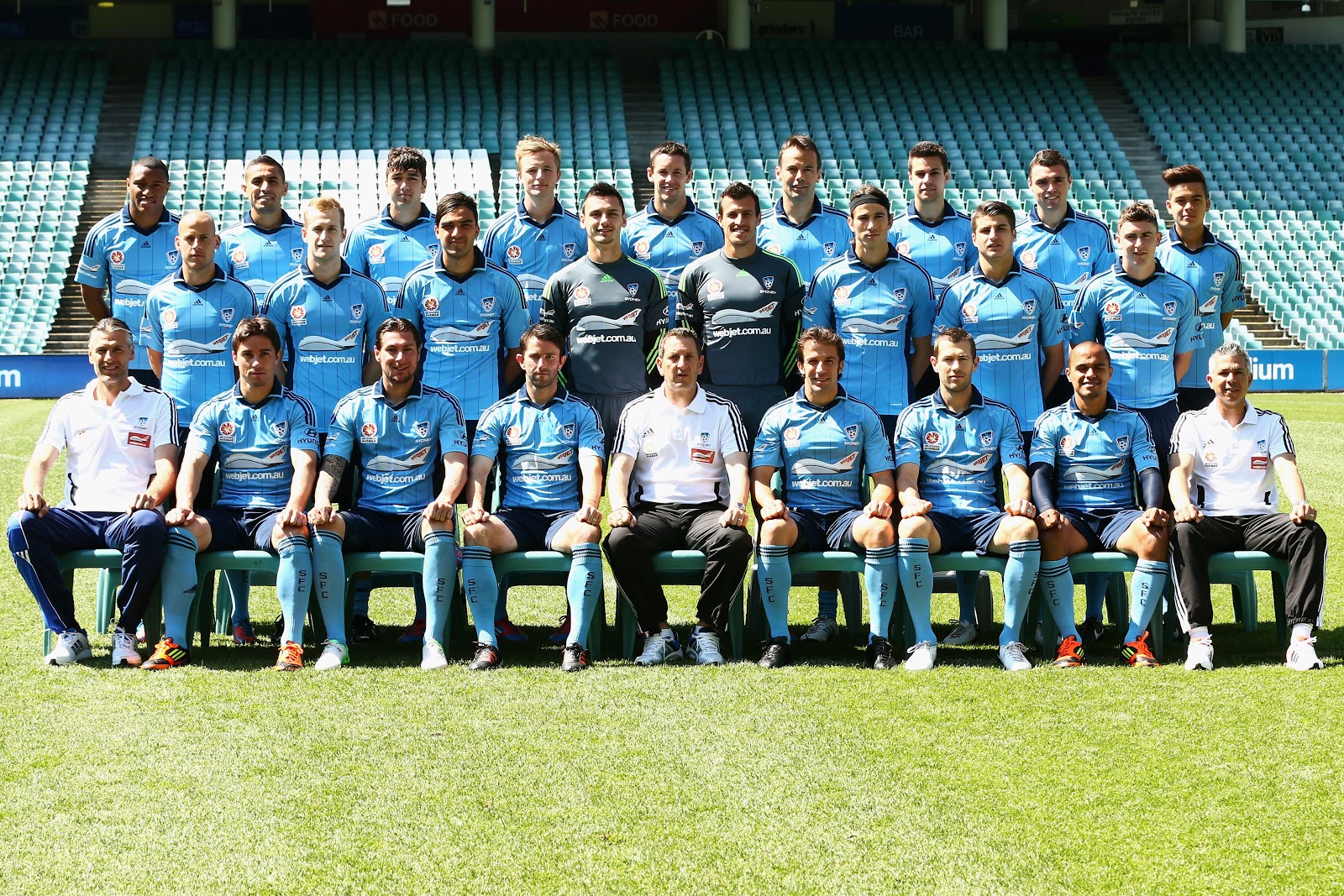 the layout might need a bit of fixing. Sorry about that, but if you would like to learn more about the Sky Blues, please visit the following website below:

Talk with people who supports the club.

I think you've won Heisinburg, lol. That was the best so far, excellent job!!!!

thanks, I'm proud of my work, despite the disastrous layout (sorry about that).