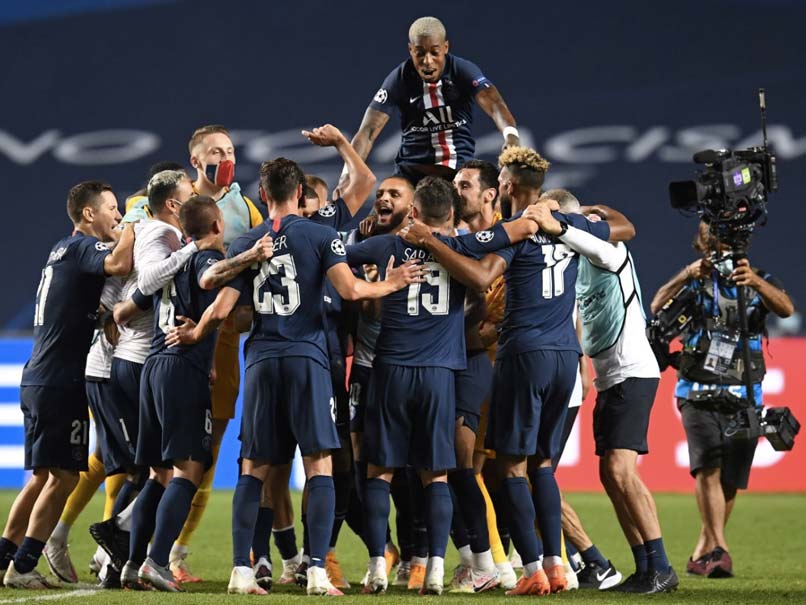 Chelsea, Manchester City and Real Madrid are facing the immediate threat of being expelled from this season’s Champions League.

"The clubs must go, and I expect that to happen on Friday. Then we have to find out how to finish (this season's) Champions League tournament," said Moller, who is the head of the Danish FA, told broadcaster DR on Monday.

"There is an extraordinary executive committee meeting on Friday.”

The Telegraph reported soon after that Arsenal and Manchester United’s fate in the Europa League is also at significant risk.

Moller's comments came shortly after Uefa president Aleksander Ceferin said he wanted bans on the rebel clubs to be imposed.

The trio are part of the 12 clubs who announced on Sunday they were setting up a breakaway European Super League as a rival to Uefa's Champions League.

Real Madrid are due to face Chelsea and Manchester City are drawn against Paris Saint-Germain - who have not signed up to the breakaway league.

lol PSG will finally win the UCL. They won Ligue1 last season cuz it was cancelled due to Covid and now this haha

well they deserve to be kicked the hell out!

This is sad even to PSG. Having made champion for the first time however without proving they deserve it by going through to finals and win it. If this really happens, as a PSG player, manager, fan or whatever, it would piss me off. You will never be able to prove it. History stays history. Fans of other clubs all over the world will disconsider absolutely everything you worked for in 2021. It stays an IF. A very sad, unprobable, unproven IF.

If this happen, then PSG is gonna be propably both pleased and displeased. On one hand, they finally get the trophy they alway wanted but on the other, they would do so in the less glamourous way they could. Still, after having managed to knock out Bayern, I still think this would be considered deserved to a certain level.

I am torn on this one... On one hand, if I was a player with PSG, I would not want to just be handed the trophy. I would more want to win it rightfully than just be given the championship. On the other hand, they have earned making it this far, and have pushed over the years, so perhaps they did enough to earn it?

How would the tournament advance, if those three teams did get the boot? Would they bring in the teams that lost from the quarterfinals?

It will be very interesting to see how it all plays out.

Something else to consider is the fact that PSG, Bayern, Dortmund, while they have not officially signed for the Super League, they are in positions to be included and I bet have been invited. I don't think each organization is surprised by the new league and has positioned themselves interested on some level. They just have not signed anything, which makes them look good to the public.

Klopp was on interview stating he and his players had no knowledge of the move and that he is not interested. I wonder how far within each club, people know about the move. I would expect coaches to know, but what I expect and what happens can be very different. haha