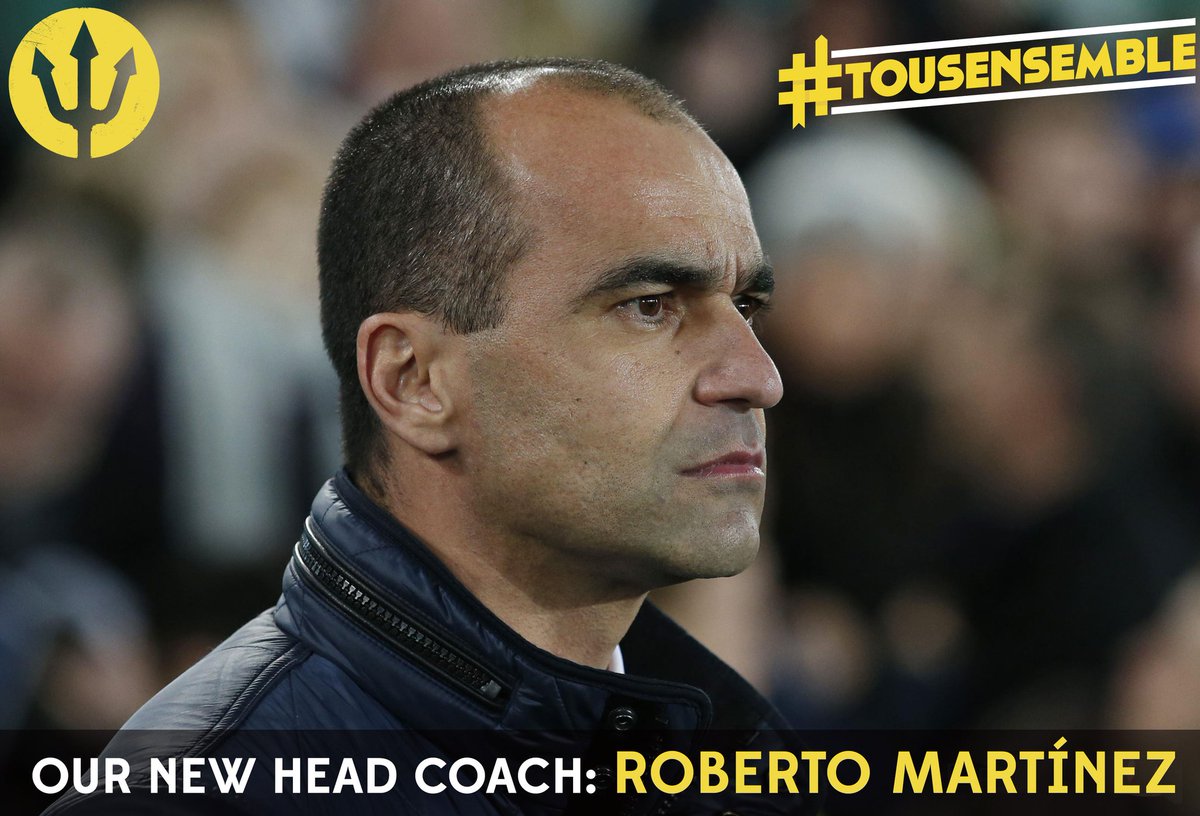 Roberto Martínez has been appointed as Belgium’s new head coach. The Catalan’s appointment was announced on the official Twitter account of the Belgian Football Association on Wednesday night.

Martínez, 43, has been out of work since he was sacked by Everton in May after three years at Goodison Park. He will be officially presented at a news conference on Thursday afternoon and replaces Marc Wilmots, who lost his job after Belgium were eliminated from Euro 2016 at the quarter-final stage.

Wilmots spent four years in charge of Belgium before losing his job. He had steered them to the top of the Fifa world rankings and they still hold the No2 position.

Martínez began his managerial career in 2007 after coming to Britain from his native Spain to play for Wigan, Motherwell, Walsall, Swansea and Chester. He took Swansea into the Championship before accepting the opportunity to take over Premier League Wigan in 2009. They won the FA Cup in 2013 but were relegated a few days later and the Catalan went to Everton.

Martínez had a successful first season on Merseyside, with the team’s attractive style of play earning them a fifth-placed finish but they never hit the same heights again, with two Premier League finishes of 11th and a feeling that the club had hugely under-achieved given the playing talent at his disposal. They lost eight of their 19 home games in the Premier League last season and took only 23 points from them in total.

Thought Belgium will be in finals of Euro... Hope Martinez make them win actual competitions.