In an attempt at a major squad overhaul, Milan are eager to land a whole host of stars and Chelsea strikeforce Didier Drogba and Nicolas Anelka head the list.

The duo's future are under threat at Stamford Bridge, with new manager Andre Villas-Boas keen on Porto striker Radamel Falaco, who is keen to be reunited with his old Porto boss.

Drogba and Anelka may not feature in Villas-Boas' plans and Milan are ready to test the water with a bid for the pair, according to sources in Italy.

Galliani has publicly claimed that signing Drogba may prove difficult but sources in Italy suggest snaring strike partner Anelka would be possible.

Villas-Boas has Roman Abramovich's extreme wealth at his disposal and does not need to rely on player sales to sign his targets but the Chelsea manager must trim his bloated squad this summer.

Galliani is eager to keep Milan as Italy's best club and although there is no indication he is capable of landing all eight of his targets, the fact he has drawn up a Chelsea-dominated list of players shows he means business.

where is chelsea now :D ? 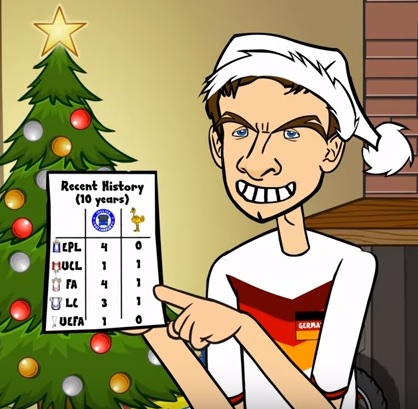 Where is your beloved Reds?

Why did we dig up a four year old thread?

Just for the sake of banter I guess

Hopefully, AC Milan will be back at the top, where they belong to, soon.

Hopefully, AC Milan will be back at the top soon. It's where they belong.

@JuanMata It sure would be nice, it would be nice to see someone give Juventus a harder time than what they had since the last five year though, I can't believe they are most likely gonna win it once more. It would also be good to see Milan back in the champion league in the close future.

no team, no matter how glorious their history, deserves to belong anywhere. it has to be earned. if milan put up a fight and return back to the top, then they will deserve to be there. same goes for other struggling clubs who were once power houses: inter, liverpool etc.

@nandaYNWA That not false, but then again, I think its ok for people to expect that kind of team to go back to glory or at least, for the fan to hope that they will. But yeah, a team will alway need to work hard to achieve anything, wether it was once a power house or a team that barely escaped relegation last year, its all a question of skill, hard work, strategy and a bit of luck of course. ;)