The 19-year-old, a Computer Science student from Seattle, Washington, left the FIFA community in awe this week when he uploaded a picture of his 5120x1440 aspect ratio, $1500 Samsung Odyssey G9 monitor as he played a game at Turf Moor.

It's a setup that means he can see the entire pitch when playing FIFA; a "very useful" feature that helps his gameplay massively, according to the teenager known as Gatsbuu on Reddit. 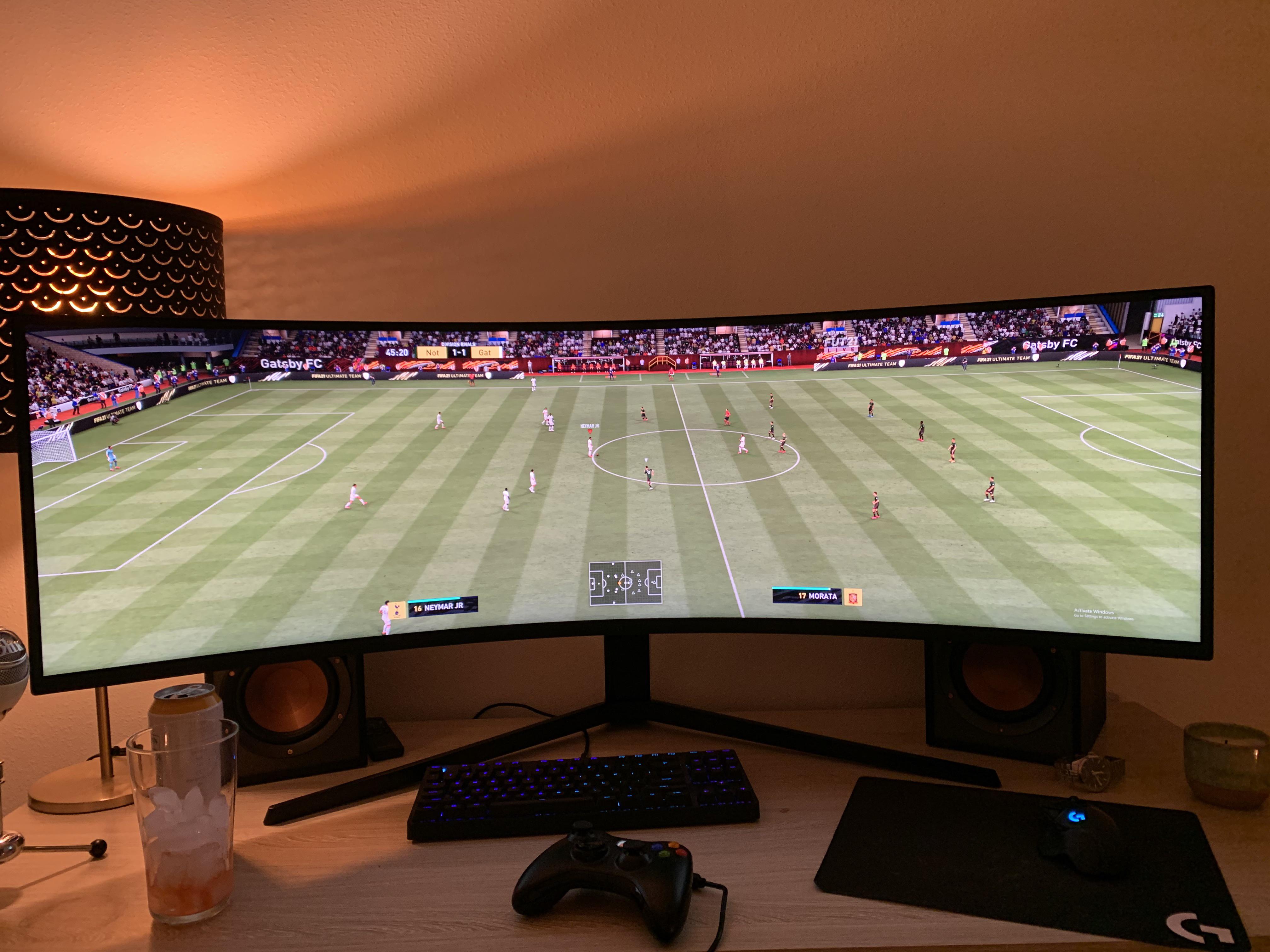 In an interview with SPORTbible, he opened up about his expensive setup, as well as the advantages of owning an ultrawide screen.

"I liked the idea of having an ultrawide monitor for a number of reasons," Gatsbuu told us.

"Primarily, I wanted it for productivity purposes. I'm a Computer Science student and having the extra screen real estate is really useful for coding and multitasking.

"I also love gaming and though it would be really fun to play certain games like FIFA and Call Of Duty in ultrawide.

"FIFA is especially fun on this monitor because the aspect ratio allows me to see almost the entire pitch while playing.

"This has proved really useful for playing long through balls that my opponent can't anticipate and has also been very useful for defence as I'm always aware of my defenders' positioning."

The entire setup cost around $6500 USD, according to the man himself, but using the whole pitch "definitely helps my FIFA ability."

"To be honest I'm not the best at FIFA but the monitor definitely helps!" he laughs.

"My squad consists of 'record breaker' Kylian Mbappe up front next to Neymar and POTM Son. In midfield, I have mid-icon Eric Cantona, RTTF Moussa Sissoko and N'Golo Kante. The defence is Ferland Mendy, Raphael Varane, Virgil van Dijk, Kyle Walker as well as Alisson in goal."

For sound, he uses two Klipsch R-51PM tweeters alongside a Klipsch R-120SW subwoofer under his desk, not to mention a pair of Bose QC35 headphones.

He added: "Despite the crazy setup and team I'm only ranked Div 5 in division rivals. But I'm fairly new to the game and have been moving up in rating."

The amount of response to his Reddit post certainly surprised the keen gamer as he continues to try and better himself on the game.

"I had a feeling that some people might think the setup was cool so I decided to put up a photo, but I wasn't expecting to wake up to 10,000 upvotes and over 300 comments."

Admit it, how many of you reading this now wants to play a game of FIFA on this screen?

Article by JACK KENMARE via SportBible
NO COPYRIGHT INDENTED

I want to play PES on this screen :D not Fifa...

@tuan Lol, if I could play on such a screen, I wouldn't mind wether it would be Fifa or Pes, I would just enjoy it. :D

yes, you can install these monitors in the ground locker room so that all players and couches had able to see their moves by using these techniques player learns how they correct their mistakes.

Would be cool to use that setup, but since I can't switch from player to player without issue, I fear this will only make me look worse. haha

all of that only to lose agianst nif mbappe