Ronaldo failed his debut. It is believed that the Portuguese has changed his body language 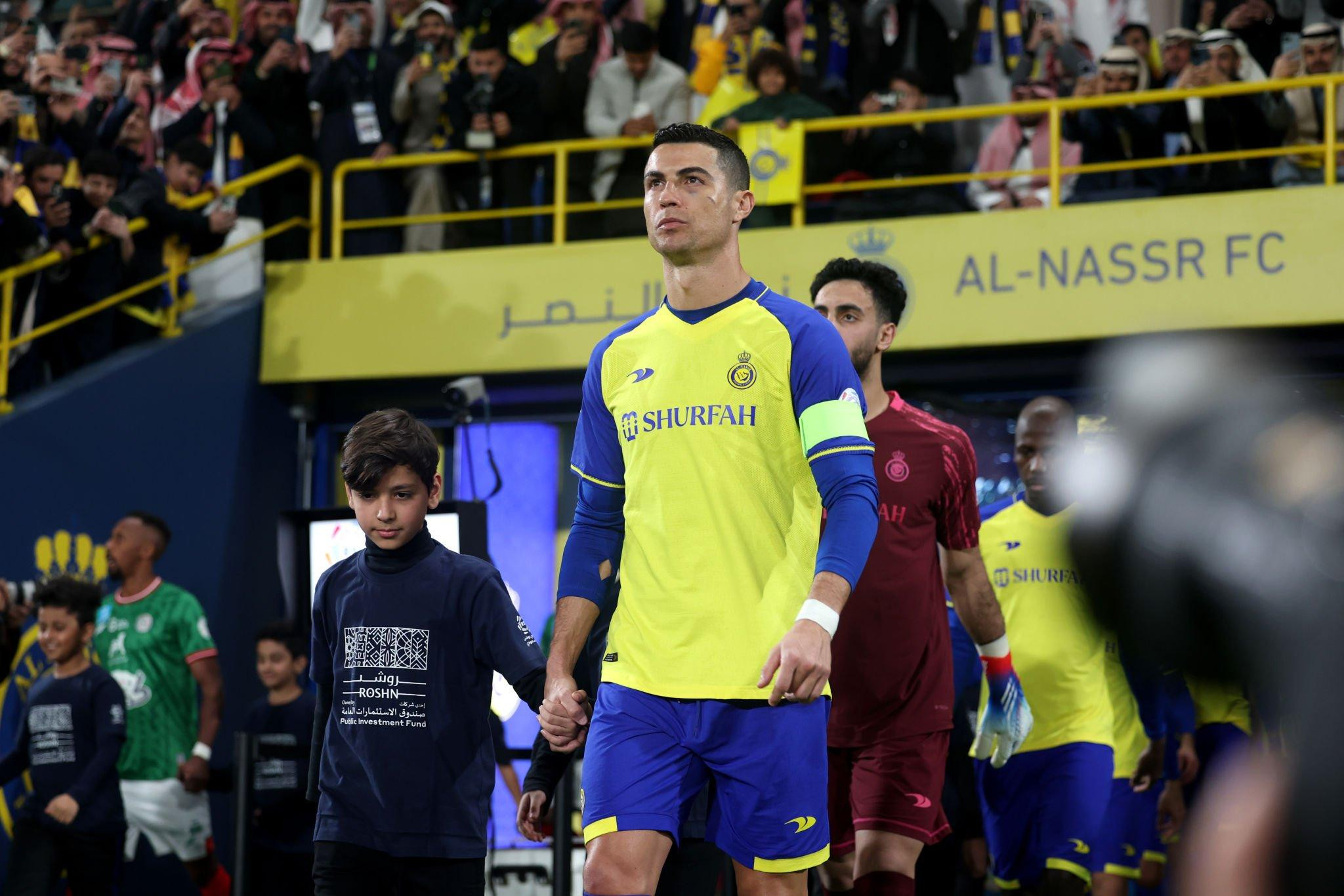 Cristiano Ronaldo made his debut for Al Nassr. Many expected the five-time Ballon d'Or winner to start breaking Saudi Arabia's scorer records from the very first match, but that didn't happen. In the home game with Al-Ettifaq, the star striker did not score.

The Portuguese, in 90+ minutes, made 41 touches of the ball, struck four hits (only one on target), gave 89% of accurate passes, and made two passes under the blow. Ronaldo has had eight possession losses. Statistical site Sofascore.com rated Cristiano's game only 6.9 points: for comparison, the best player of the match, Brazilian Anderson Talisca, received 7.7 points.

And what do the media write about the premiere of Ronaldo in Saudi Arabia?

Cristiano Ronaldo failed his Al Nassr debut as Manchester United suffered a bitter, disappointing 2-3 loss to Arsenal. While Erik ten Hag's latest defeat in the Premier League will no doubt be painful, his former team has indeed strayed away from the five-time Ballon d'Or winner, whose career threatens to end away from the spotlight...

One episode showed that CR7 was still capable of something when he put a defender on the lawn. Attacking the target, Ronaldo pretended to shoot, and his helpless opponent fell to his knees. Then Ronaldo hit the side net."

Our colleague from The Mirror, Ben Husband, noticed a change in the behavior of the Portuguese.

"He walked around and greeted all his teammates after the final whistle. This is the topic of the day. He was positive throughout the game and displayed the body language often lacking at Manchester United. There's no denying the fact that his game left a lot to be desired, but Cristiano's performance in Saudi Arabia proved it wasn't retirement. Al-Ettifaq stayed in the game and did everything he could. Ronaldo will also be happy to have another real star in his team, Talisca, who will help him adapt to the new environment." 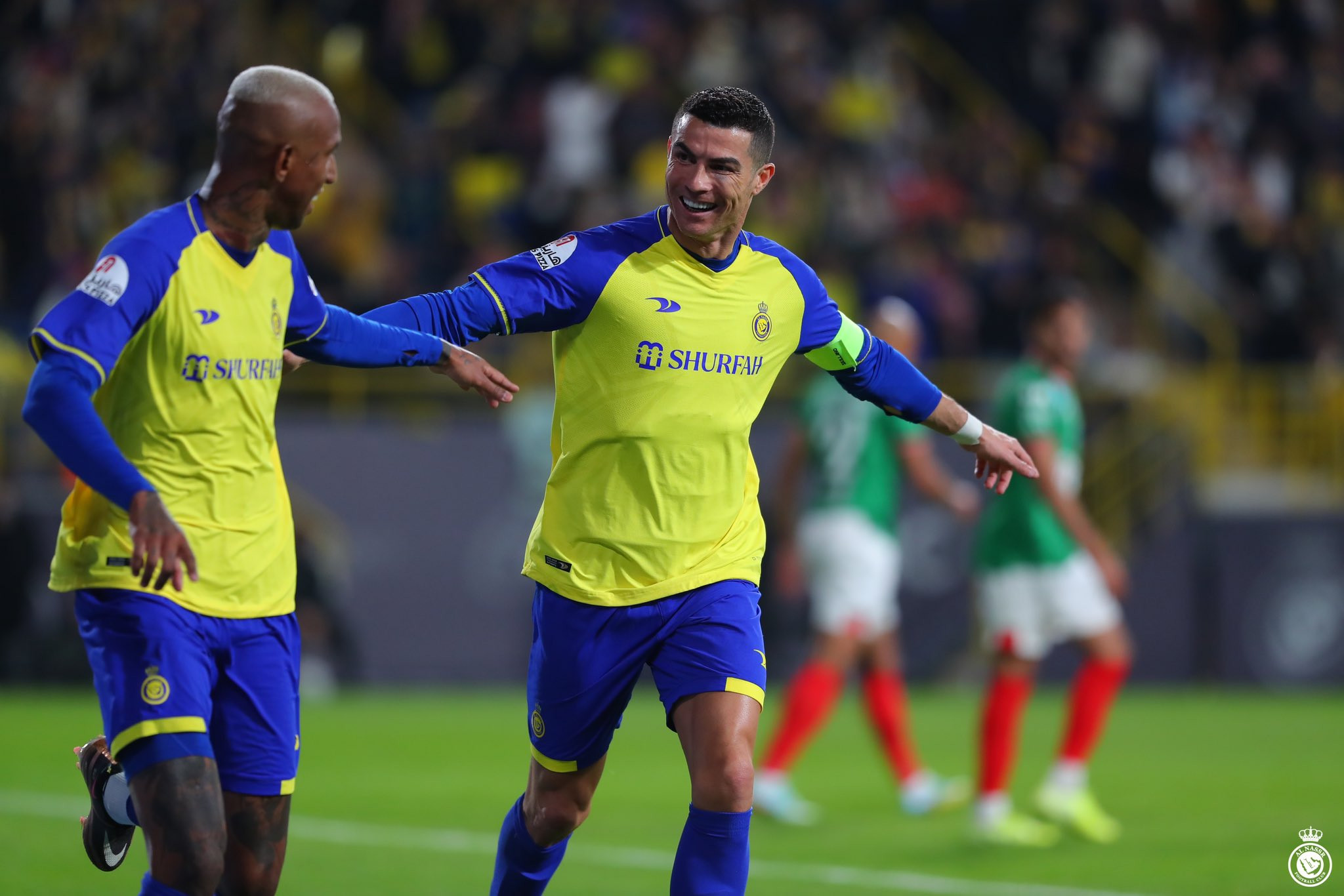 Patrick Austin-Hardy of The Daily Star drew attention to the fact that fans on social networks criticized Ronaldo during the match with Al-Ettifaq. He cites several posts:

In the Spanish edition of Marca, Ronaldo's first match for Al Nassr was assessed as follows:

"Ronaldo left the field after his debut in Riyadh with a bittersweet feeling. His team - the new leaders of the Saudi Arabian championship - won 1-0, but the Al Nassr captain could not celebrate the goal as he and his entire family dreamed of. It was a game with a great atmosphere and a semi-happy ending...

The match had only one intrigue - whether Cristiano would score. Everyone was waiting for this: neutral spectators, Al Nassr fans, and his teammates. And this addiction has changed the game. The local footballers should have tried to play to win. They were obsessed with getting the star to score. This led to actions in the attack, which had one goal." 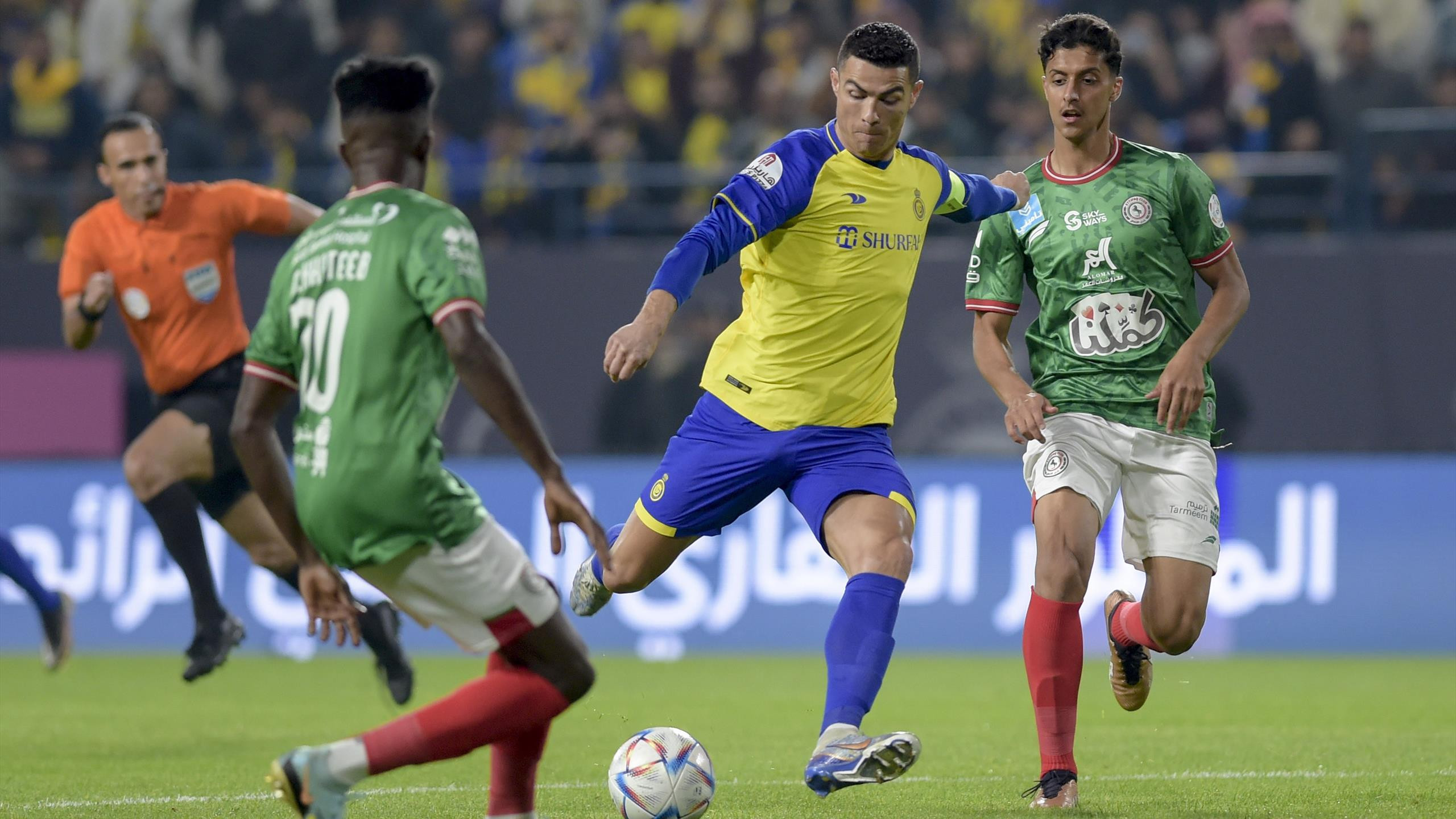 Today90.com wrote about the atmosphere that accompanied its first appearance of Ronaldo in the Saudi Arabian championship. The text is titled "Riyadh is going crazy over Ronaldo's debut for Al Nassr".

"Already a few hours before the start of the game, thousands of Al Nassr fans gathered at the gates of the Mrsool Park arena to witness the premiere of the Portuguese superstar ... In the vicinity of the stadium, many merchants were selling all kinds of goods with the name of Cristiano - T-shirts, scarves, headscarfs.

The frenzy around Ronaldo's debut has only intensified as Al Nassr fans already take it for granted that their club will win the league and the Continental Cup. However, the first match of CR7 did not live up to expectations. Although the team won 1-0, the goal was scored not by the Portuguese but by Talisca."