Mudryk made a famous debut for Chelsea. But it wasn't enough to beat Liverpool 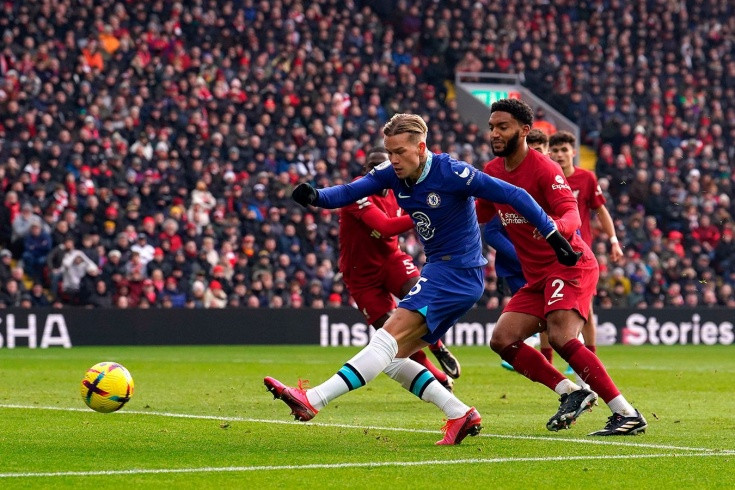 And the Londoners have another injury.

Liverpool and Chelsea are like brothers now. The teams finished last season in the top 3 but have now slipped into the middle of the table. In addition, both teams have a lot of injuries and huge doubts that they will be able to get into the Champions League zone again.

Liverpool tried to dominate in the first half, but the best two moments went to Chelsea. Already in the third minute, Thiago Silva hit the post. And if the ball were finished by the same Brazilian or Chalobah, then the goal would be counted. However, after the ball hit the post, Havertz was already on the rebound and slightly climbed offside (he turned out to be closer to the goal than the ball).

In the 33rd minute, there was no offside. Badiashile (who made his Chelsea debut) left the chance to the goalkeeper, and Alisson saved the team. However, the header was delivered from the goalkeeper's area, right in front of the frame and without resistance.

Liverpool also had moments, but they were not so lethal. The team looked nervous and got used to the composition, in which, at the same time, Gakpo was a central striker, Elliott was a winger, and 18-year-old Baycetic made his debut in the Premier League in the center of the field. At the same time, Trent, van Dijk, and Matip were not in defense yet. On the other hand, Chelsea is no less injured now.

But after the break, Liverpool's moments began to appear. Faithful and Chelsea have not gone away. Especially considering that Mykhaylo Mudryk made his debut in the 55th minute, replacing Hall. The Ukrainian winger took his usual position on the left flank of the attack. He is still waiting to be ready to spend 90 minutes because he has not participated in official matches since November.

In the allotted time, Mudryk was impressed. He marked already in the 64th minute when he wound up two defenders in the penalty area and almost scored from an acute angle. Two minutes later, he put Milner on a yellow card. In general, the confrontation of the ultra-fast Mudrik against the 37-year-old Englishman looked doubtful, so Trent had to be released instead. A minute before this change, the ball went over Milner, and Mudryk almost scored from a great position.

As a result, no one managed to score at all. Both top clubs lost points and remained in the middle of the table. Only now, Chelsea has one more injured. Chalobah was injured. Both clubs will now fight to get into some European competitions, and talking about the top 4 is only partially relevant.