Juventus was severely punished! The club may be left without European competition 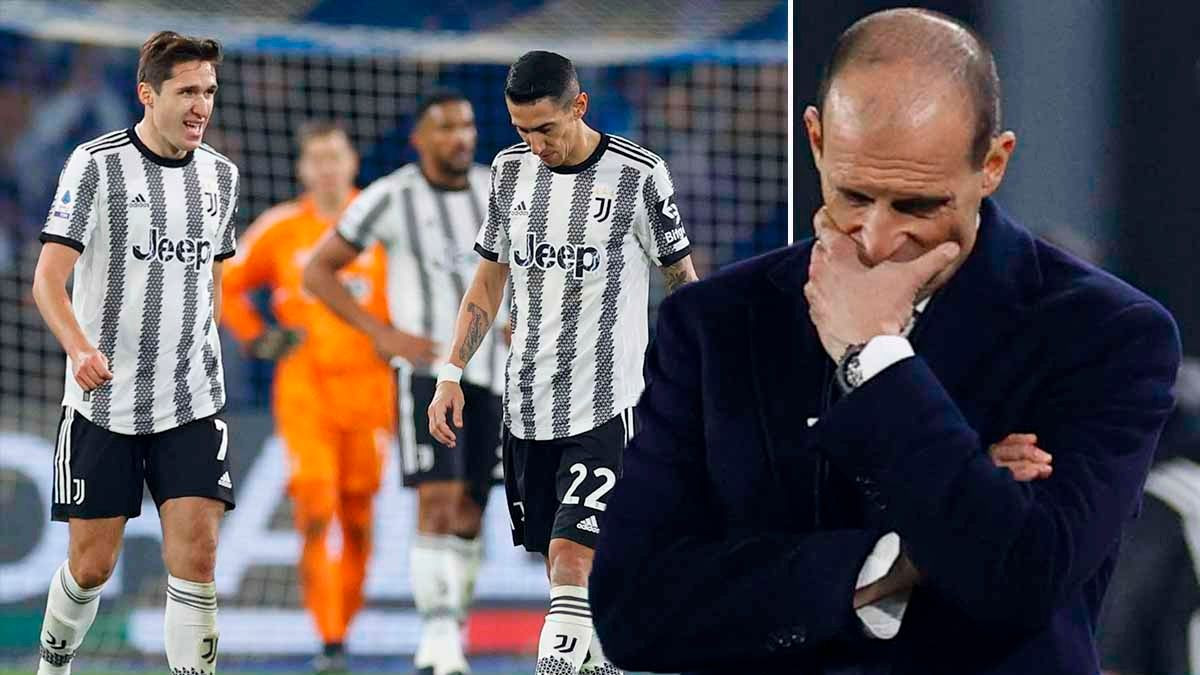 Grand Serie A again got into a scandal. 15 points have been deducted from Turints

Juventus again got into a massive scandal and received a severe sports punishment! So far, things have not come to exclusion from Serie A, as in 2006 following the results of Calciopoli, but the "old lady" may be left without European cups for the next season. According to Corriere Dello Sport, the Court of Appeal of the Italian Football Federation (FIGC) granted the prosecutor's request. It ruled to remove 15 points from the Turin club due to financial fraud. Until Friday evening, Juventus were in third place and were in the Champions League zone, and now they will drop to tenth position. Lazio, Roma, and Atalanta will be 12 points behind. Although in October-January, Massimiliano Allegri's team gave out a series of eight victories in a row without conceding goals in the Italian championship, it is hard to believe that Juventus will play so much.

In addition, ex-leaders of the Turin club were punished. Fabio Paratici (former sporting director of Juventus) has been suspended from football for two and a half years, Andrea Agnelli (president) and Maurizio Arrivabene (general manager) for two, and Federico Cherubini (sports director) for a year and four months. Pavel Nedved, the star midfielder of the "old lady" in the past, got off with the softest disqualification: the Czech, who held the position of vice president, was banned for eight months.

The former management of Juventus resigned at the end of November 2022. Agnelli and his team were accused of violating the rules of licensing and financial fair play:

1) Inflating the transfer cost of football players;
2) Understating the cost of employees;
3) Hiding the actual size of the players' earnings.

During the coronavirus pandemic, the club secretly paid about €60 million to 17 players. Turin bosses publicly stated that the players refused part of their salaries, and they, bypassing the law, agreed with them to pay this money. Including Cristiano Ronaldo. The Portuguese still owe €19.9 million; he wants to sue the club.

"The secret deal with Ronaldo should not be revealed because if this happens, they will grab our throats, attack the auditors, and all that. And then we will have to conduct a fictitious transaction," said Cherubini.

Well-known journalist Gianluca Di Marzio claimed that the Juventus leaders under investigation could face fines ranging from €20,000 to €5 million and imprisonment for one to eight years.

In December, Agnelli commented on allegations of financial fraud:

"Thanks to my love for Juventus in recent years, I have made every effort to achieve results on and off the field. Juventus is above everything and everyone. I am sure I have acted correctly in recent years and that the accusations against us are unfounded."

La Gazzetta Dello Sport wrote that UEFA is ready to remove the Turin club from participation in European competition if the fact of financial violations is proven. Juventus have the right to appeal the decision of the Italian court. The Turin club will do just that.

"Juventus Football Club S.p.A. (“Juventus” or the “Company”) informs that the Federal Court of Appeal, Unified Sections, having regard to the appeal for revocation pursuant to Article 63 of the Sport Justice Code brought by the Federal Prosecutor’s Office, declared the appeal for revocation admissible and thus revoked the decision of the Federal Court of Appeals, Unified Sections, No. 0089/CFA2021-2022 of 27 May 2022 and, as a result, ordered the penalty of 15 points in the standing for Juventus to be deducted in the current Sport Season and the temporary inhibition for the Sporting Director, Federico Cherubini, from carrying out activities in the FIGC context for 16 months, with a request for extension in the UEFA and FIFA contexts.

Pursuant to the revoked decision, the Federal Court of Appeals had rejected the appeal (“reclamo”) brought by the Federal Prosecutor’s Office against the decision of the National Federal Court, which, in turn, had acquitted Juventus and the other parties charged for because of the lack of any disciplinary offence with regard to the evaluation of the effects of certain transfers of players’ rights on financial statements and the accounting of capital gains.

The Company awaits the publication of the reasons of the decision and announces as of now the bringing of an appeal to the Sport Guarantee Board (Collegio di Garanzia dello Sport) in accordance with the terms of the Sport Justice Code."