Vinicius Junior names the 3 footballers he's learned most from 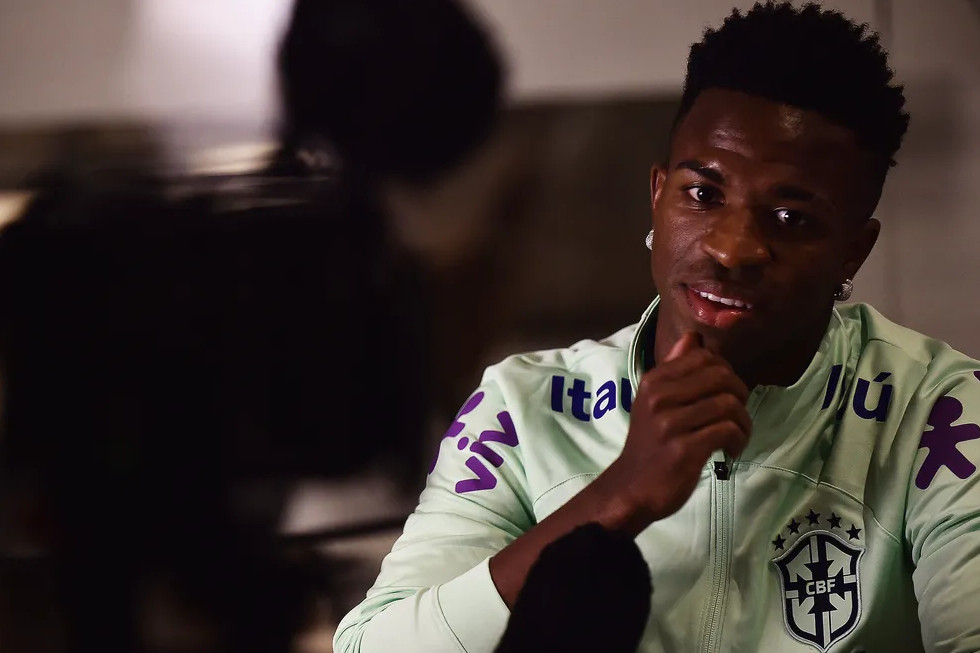 Real Madrid and Brazil star Vinicius Junior has opened up on the most influential players he's come across so far in his young career as he prepares for his first World Cup.

After a high-profile move to the Spanish capital in 2018, the Brazilian winger endured a tough couple of years adapting to European football.

He was famously criticised by fellow forward Karim Benzema, who said to Real Madrid teammates that Vinicius was 'playing against them'.

Since then, Vinicius has started to fulfil his potential and heads to the Qatar World Cup as one of football's finest wingers, notably scoring the winner in last season's Champions League final.

In an interview with Reuters, Vinicius labelled Benzema as one of the players he looks up to most nowadays, alongside compatriot Neymar.

"[Neymar] went through a lot as a youngster, playing so small and under so much pressure, so he is one of those who today worries that everything is easier for the new generation. It's a dream to be with him because we grew up idolising him. What he does as a leader is very important, and he knows that by helping us we can help him too and have a great World Cup," Vinicius said.

"I listen a lot. I like to learn from players with more experience, like Karim and Neymar. Taking pressure has always been easy for me, being a star, as you say. I've always been sensible."

Vinicius then spoke about how he's had to change his game following his rise to global stardom, revealing his admiration for former Real Madrid star Cristiano Ronaldo.

"When you start to be an important player, the rivals come after you stronger and you have to learn to handle it. I learned a lot from Neymar when at Barcelona, ​​he suffered a lot too. Just like Cristiano when he was at Real Madrid," he added.