“I'm one of the few who felt Gerrard was not a top, top player,” Ferguson said. 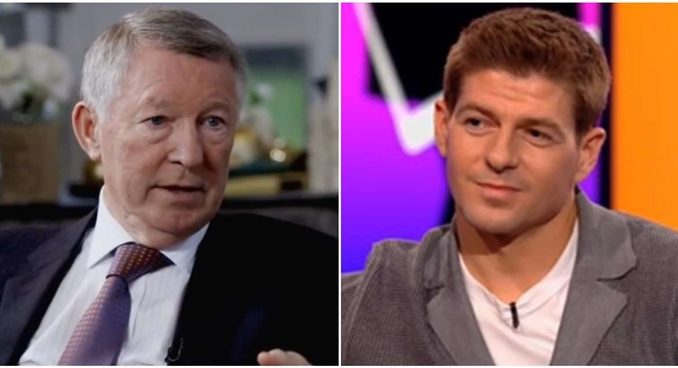 It’s certainly an interesting view. Gerrard is widely considered to be one of the greatest midfielders in Premier League history, and he was included in the PFA Team of the Year eight times.

Gerrard admitted that Fergie’s comments left him “a little bit gutted” due to his admiration for the Scot.

However, he will be interested to hear what the legendary boss said about him in an interview with the Sunday Times back in 2004.

Gerrard was establishing himself as a fine player at the time and Ferguson was full of praise for him.

“He has become the most influential player in England, bar none. More than Vieira,” the former Man United boss said, per the Daily Mail.

“Not that Vieira lacks anything, but I think he does more for his team than Vieira does and has way more to his game.

“I’ve watched him quite a lot. Anyone would love to have him in their team.”

So, was Fergie just trying to sell some books with his 2013 claim?

So, are you sure you didn’t consider him a “top, top player”, Sir Alex?

He did that interview with the Sunday Times the year BEFORE Gerrard went on to lead Liverpool to Champions League glory, so we’re guessing his opinion of the midfielder improved even further.

That should make Gerrard feel a bit less gutted.