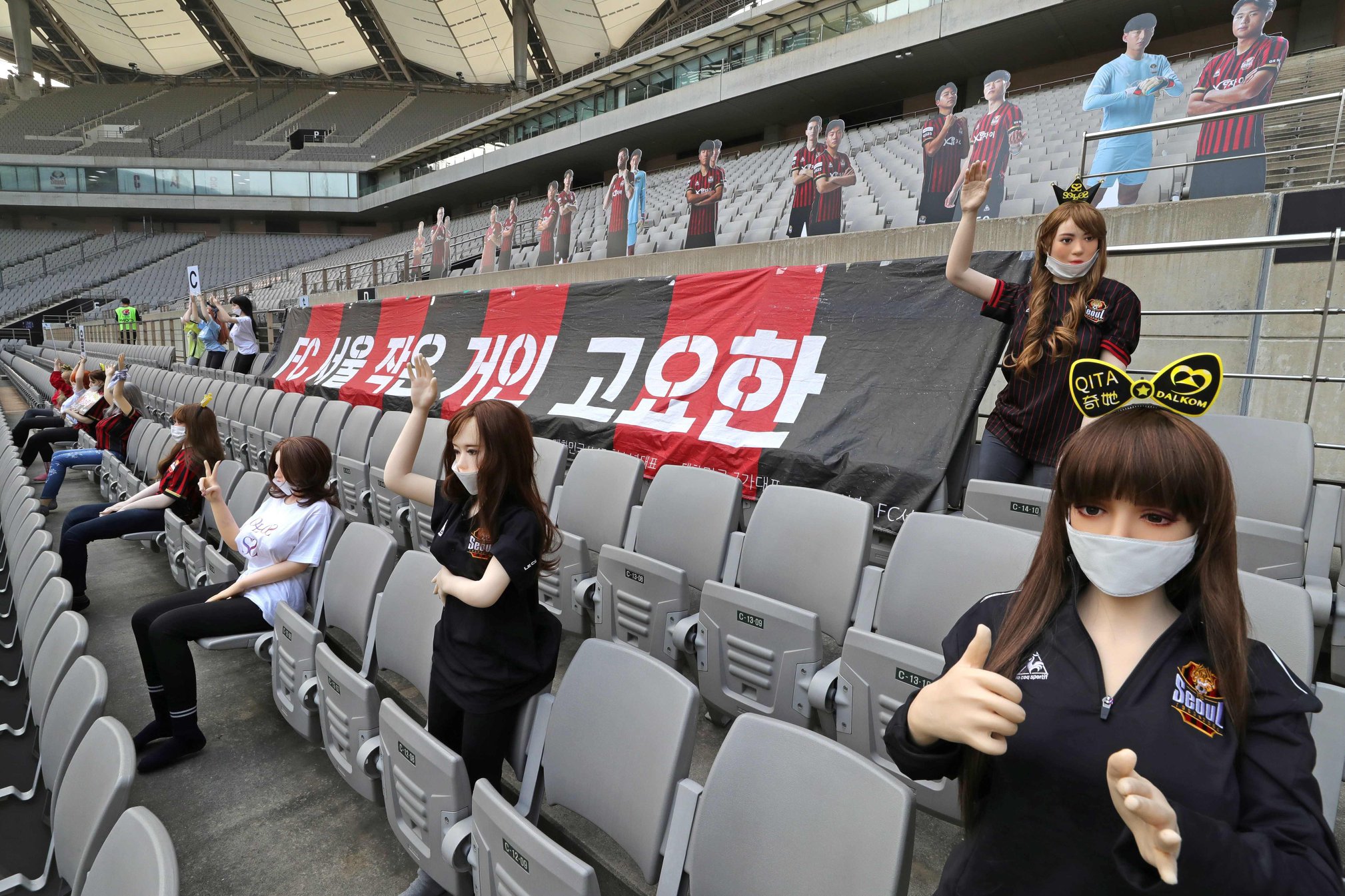 The South Korean soccer team who filled its fan-less stadium with sex dolls was reportedly slapped with a record fine by the league for the “mix-up.”
FC Seoul was hit with an $81,000 ($123,500 AUD) fine by the K-League for Sunday’s spectacle where roughly two dozen of the dolls sat in place of real fans who are banned due to coronavirus restrictions, The Guardian reported.

“The controversy over this ‘real doll’ incident has deeply humiliated and hurt women fans, and damaged the integrity of the league,” the league said in a statement to the outlet.

The dolls were spotted by social media users and the team issued an apology after their 1-0 win against Gwangju FC.

FC Seoul acknowledged the plastic attendees were not intended for family games. The team blamed their supplier for the sex doll “mix up.”

The league on Thursday said they accepted the FC Seoul’s apology.

But in a statement to The Guardian the league said the team “could have easily recognised their use using common sense and experience”.