This is in response to the current Derby County player’s comments about Liverpool and whether they should get the title, which he discussed in his column for The Sunday Times.

He specifically said: “Liverpool will win the Premier League. Now, as you can imagine, I have Everton fans phoning me up saying: ‘The season has to be cancelled!’

“And, of course, as an Evertonian and someone who played for Manchester United for 13 years, there’s a bit in me that thinks that would be good…

“But no. Liverpool have been fantastic. They have put so much work in. They deserve this title. Can you imagine waiting 30 years and then having it taken away like this? The right decision has been made.

Enrique has shown his respect for this stance, through his Instagram post, and even for those who aren’t connected with Liverpool, it seems pretty clear that Jurgen Klopp’s side should be getting the title.

They currently sit 25 points ahead of anyone else in the league, so for them to have what would be their first league victory in the Premier League era snatched away from them would be incredibly cruel.

The latest update says that the top-flight will resume on April 3 at the very earliest, but it remains to be seen if that is the case – it certainly seems unlikely in terms of being played in front of crowds at stadiums. 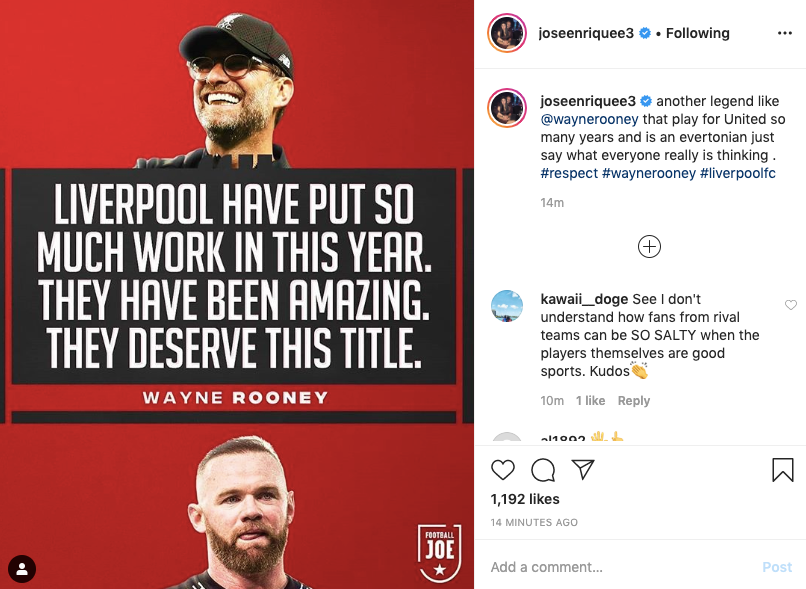